You are here: Home / I Am SciComm

Starting from June 2017, Crastina is managing the rotating Twitter account, I Am SciComm – @iamscicomm. Each week, the control of this Twitter account is handed over to a new SciCommer who posts about his/her activities, reading, experiences, and thoughts on #SciComm. 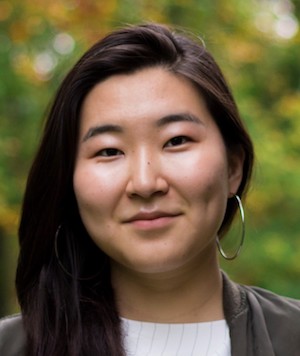 The account manager, Sarang Park, can be reached at iamscicomm@crastina.se. Sarang is very happy to answer any questions.

Click here to fill in a @IAmSciComm Curator Application

Archive of Past IAmSciComm Curators

April 4-10: Science in the News (@SITNBoston) – PhD student-run organization at Harvard: scicomm to the public

May 30-June 4: Brilliant Botany (@BrilliantBotany) – blog/YouTube about the amazing world of plants and how we study them

August 15-August 20: Elena Milani (@biomug) – PhDstudent in #scicomm at @UWEBristol and member of @SciCommsUWE, author of

October 3-October 8: Poncie Rutsch (@babescience) – producer of Babes of Science, a podcast chronicling the lives of women in the sciences

May 15-May 20: Lindsay Patterson (@_lindsayp) – Creator, host, and producer of Tumble, a science podcast for kids

May 22-May 27: Ben Marcus (@bmarcus128) – Ph.D. in neuroscience from @UChicago, Editorial Board Chair for @IllinoisScience

April 2 – April 7: Dani Rabaiotti (@DaniRabaiotti) – PhD student at the Zoological Society of London and UCL, and the author of ‘Does It Fart? The definitive guide to animal flatulence’.

April 30 – May 5: Shaun O’Boyle (@shaunoboyle) – Science Communicator and Producer, Co-Founder of Bureau, Co-Founder of LGBTQ in Irish STEM, and a big fan of Dana Scully gifs.

May 7 – May 12: Julien Bobroff (@jubobroff) – Physics Professor at @u_psud – Responsible of the “Physics Reimagined” team at www.PhysicsReimagined.com

May 21 – May 26: Layla Katiraee (@BiochicaGmo) – PhD in Molecular Genetics from the University of Toronto, currently doing a Master’s Certificate in Bioinformatics from Penn State.

July 2 – July 7: Dr. Hannah Little (@hanachronism) – Lecturer in Science Communication at the University of the West of England.

July 23 – July 28: César A. Urbina-Blanco (@Cesapo) – Postdoctoral Researcher from Venezuela, currently working in Ghent, Belgium, Co-President of the PostDocCommunity at UGent and Coordinator for SciComm of CATCO2RE.

April 8 – April 13: Bonnie Posselt (@bonposselt) – Medical officer in the @royalairforce, specialising in Aviation and Space Medicine, currently living in Ohio, USA undertaking a PhD in Helmet Mounted Display Systems, like those used in the latest generation of military aircraft, and human performance in conjunction with @usairforce , @AFResearchLab and @unibirmingham. I was the medical officer for an analogue Mars mission conducted with @oewf in the deserts of Oman in 2018 and I am passionate about space medicine and human space flight.

April 22 – April 27: Kristen Weiss (@DrKbythebay) – Communications Coordinator @USLTER
Previously, Kristen was an early career fellow in Science Communication at the Center for Ocean Solutions, Stanford University, and before that a lecturer in the Environmental Studies Program at the University of Southern California where she taught courses focused on ecology, sustainability, and natural resource management. Kristen received her PhD from James Cook University in Queensland, Australia, where she studied marine governance using policy network analysis. Her goal is to continue communicating about significant environmental issues and contribute to better conservation and management strategies to protect our threatened ecosystems. In her free time she enjoys adventures with her tiny dog Buttercup–on her stand-up paddle board, at the beach, or in the forest. And taking naps.

May 13 – May 18: Meredith Schmehl (@MeredithSchmehl) – PhD Student in Neurobiology at Duke University, 2018 Nu Rho Psi Member of the Year, Outreach Coordinator at Duke Institute for Brain Sciences, Writer at meredithschmehl.com and scipol.org

May 27 – June 1: Kyle Marian (@kylemarian) – is an immigrant Filipina, former scientist, current science communicator who grew up in the most diverse neighborhood of NYC. She uses improv + standup + sketch comedy to explore issues around science, inequity, and representation. She is an ARIS Fellow, Science in Vivo grantee, and Queens Council of the Arts grantee. Kyle Marian is a former NSF GRFP funded researcher, Alda Center and Bright Club Comedy alumna, and founded interdisciplinary The Symposium: Academic StandUp show and workshop series. As a minority, she finds power in comedy to be able to socially critique how academia and the scientific ivory tower unequally builds the knowledge we take for granted. Follow her at @kylemarian on Instagram, Twitter, and TikTok.

July 1 – July 6: Nevena Hristozova (@NevenaHr) – a passionate scicommer, working in food safety by day as a scientific project manager, and doing as much outreach as I can via Scircle.eu and podcasts. Helping researchers find their #scicomm mojo. Science stand-up comedian.

July 29 – August 3: Annie Carew (@IAN_UMCES) – IAN (Integration & Application Network) is an initiative of the University of Maryland Center for Environmental Science. IAN’s mission is to inspire, manage, and produce timely syntheses and assessments on key environmental issues, with a special emphasis on Chesapeake Bay and its watershed. IAN is a network which includes different agencies and institutions in different locations.

August 5 – August 10: Dr. David Shiffman (@WhySharksMatter) is a marine conservation biologist studying sharks and their management. He has used social media to answer thousands of peoples’ questions about sharks, and has trained over 500 scientists to use these tools for public engagement.

September 9 – September 14: Ciaran Fairman (@CiaranFairman) – Postdoctoral Research Fellow at Edith Cowan University (@ECU). I investigate how exercise can be used to target clinically relevant outcomes in individual with cancer. I also host a podcast (REACH) aimed at disseminating the latest research from the field of exercise oncology to a broader audience.

September 30 – October 5: Niki Rust (@NikiRust) –  Dr. Niki Rust is an environmental social scientist at @UniofNewcastle, a freelance journalist and a strategic communications adviser for the @LucHoffmannInst. She provides advice to academics and NGOs who want to increase the impact of their research. Previously, she was the wildlife media spokesperson at @WWF_UK and has undertaken dozens of TV, radio and print interviews (bylines @BBC, @Guardian, @NewScientist) to spread awareness about biodiversity conservation issues. In academia, she works at the science-policy interface and has over a decade of experience engaging with policymakers to improve evidence-informed policy.

October 7 – October 12: Hoda Kardooni (@InScitific) – Former postdoc @ImperialCollege London https://twitter.com/CurrSciand Nutrigenomics Consultant, Hoda is super passionate about making science more accessible and fun, so people can utilize it in their everyday life to be healthier. Her goal is to encourage the public to see health and longevity through the lens of science and avoid confusing myths and wrong info. Hoda is also studying the interlink between genetics, epigenetics and nutrition, and how lifestyle factors including diet and exercise can influence health.

October 28 – November 2: Four chemistry graduate students and their instructor during a week of “Science Communications in Practice” at George Washington University.

November 11 – November 16: Kirstin Leslie  (@KirstinLeslie1) – Public Health PhD student at @UofGlasgow and the submissions editor for @GlasgowGist. Kirstin has been involved with science journalism since 2017, and in 2019 was named as the ABSW’s student science journalist of the year. Her PhD research is uses prescription data from across Scotland to study medication use for cardiovascular disease.

December 9 – December 14: Jake Krauss (Twitter: @JakeKrauss1, IG:@Jake.Krauss) – Outdoor Educator @AmericanJewishUniversity, JENE Fellow, Writer at The Conversation and Kraussingtheworld.wordpress.com. Jake is a conservation biologist and science communicator passionate about the protection of endangered species. He is particularly interested in reintroduction biology, or the study of bringing back endangered species from the brink of extinction via translocation of animals to their historic ranges. He has also worked as a tropical biologist on conservation projects in Ecuador, Peru, and Madagascar. Jake is also a fervent science communicator, working on a science-themed podcast on Eastside 89.7 FM as a presenter and also produced several films for outreach on his conservation work.

I Am SciComm Schedule: Upcoming Curators

February 17 – February 22: Alexia (@MissNeutrino) – teacher of physics to teenagers; physicist with a love of neutrinos; and creative who loves poetry, and doodling about science pedagogy.

March 16 – March 21: Zen Faulkes (@DoctorZen) is a professor of biology at The University of Texas Rio Grande Valley. He is best known for the Better Posters blog, which has been running for over a decade. He also blogs at NeuroDojo, curates the Marmorkrebs.org, and conducts research on crustaceans.

May 4 – May 9: Jonathan Schwabish (@jschwabish) – I am an economist at the Urban Institute in Washington, DC. In addition to my research on programs that support low-income communities, I am a writer, teacher, and creator of policy-relevant data visualizations and am considered a leading voice for clarity and accessibility in how researchers communicate their analyses. I help nonprofits, research institutions, and governments at all levels improve how they communicate their work and findings to their partners, constituents, and citizens.

June 15 – June 20: Helena Hartmann (@helenahhartmann) – Psychologist doing her PhD at the University of Vienna (@univienna) in the domain of social neuroscience, working on the underlying neural mechanisms of empathy for other people’s pain, worked on Autism Spectrum Disorder during her Masters and is a great open science enthusiast!

August 31 – September 5: Nastia Bendebury and Shilo DeLay (@demystifysci) – Nastia and Shilo are two PhDs who left the bench behind and never looked back. Our work is focused on bridging the gap between science and philosophy, and we attempt to create clear, mechanistic explanations for scientific phenomena – and the larger context necessary for interpreting those results. We write for @Nautilus, @Astronomy, and Demystifying Science.

The @iamscicomm community is diverse. Hosts and followers are from all over the world, from a wide range of backgrounds, and with lots of #scicomm knowledge to share. Check out the following community-sourced resources, and let us know if you have more to add!

Scroll to top
We use cookies to ensure that we give you the best experience on our website. If you continue to use this site we will assume that you are happy with it.Ok