Science and uncertainty go hand in hand. This is a well-known fact for every scientist and expert in its field, however it is not so well known in the general public. Politicians need steady facts to produce policy, something science can never deliver. However, policy makers should find a way to understand scientific processes, and act upon the semi certainties that scientists deliver.

If there is one certainty in science, it is that you can never know anything for sure.

If there is one certainty in science, it is that you can never know anything for sure. Theories can always be disproved and solutions to certain problems may turn out wrong, even after decades. A true scientist will never state that he is ‘one hundred percent sure’ about anything, because he knows that that’s not possible. This is why they usually say that things are ‘likely’ or ‘probably’ true, just to rule out that single possibility that it is not. For scientists, this is a normal way of speaking and thinking and it doesn’t mean that they are uncertain of their own research, it just means that they are open to possibilities and improvements. Although uncertainty is completely normal in the scientific world, outside this world it is usually seen as a weakness. This can cause several problems, for both the general public as well as for politicians. Therefore it is important to think about how to translate this uncertainty from weakness into a standard science feature.

To illustrate this story we will discuss an example: climate change. One may think of this as an already established scientific ‘fact’ which is generally thought of as true and used to make policy around the globe. However, the truth is that each country has its own sceptics. Some of these sceptics are influential, some aren’t, but what they have in common is that they aren’t scientists. The reason that climate change anno 2016 still has a substantial of opponents is probably because of the major uncertainties that surrounded the subject for years.

In the ‘60s people already spoke about climate change, however it was not until 1988 that the Intergovernmental Panel on Climate Change (IPCC) was founded. This panel consists of hundreds of climate experts from around the globe, that all contribute to writing reports about the causes and effects of global warming. The difficulty about this topic is however, that all sorts of scenarios have been made in the past couple of decades by different scientists. Some scenarios predicted that there was no such thing as global warming, others predicted that global warming was present but that humans had no effect on it and some scenarios depicted very extreme scenarios and a great effect on human lives within a couple of decades. It was the job for the IPCC to produce a reliable scenario that represented the view of the majority of climate experts and that could be used to make a global policy to prevent further global warming.

Since the IPCC’s first report came out in 1990, four other reports with updated information and advice have been published by the IPCC, the most recent one being published in 2014. During this time, more and more scientists have come to the conclusion that climate change is real, that it is dangerous and that it is caused by human influence. It will be hard to find a scientist or climate expert who doesn’t support this theory. So, why are we not all driving electronic cars, using renewable energy and complying with a vegetarian or vegan lifestyle? And why aren’t the governments shutting down factories producing greenhouse gasses and stopping the oil industry? 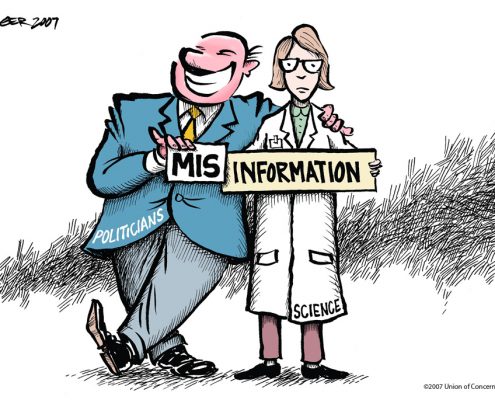 One of the reasons obviously is money. The industries that we are talking about have a big influence on our economy and aren’t that easy to shut down, fair enough. But the other reason that people are not taking action en masse is because we have lived in uncertainty for way to long. Because of the amount of information that can be found about climate change, including old reports that say everything isn’t so bad, people don’t know what to believe anymore. And that is the whole danger about uncertainty: once the truth is on the table for scientists, and the whole scientific community supports a certain theory, it is very difficult for the general public to accept this ‘theory’ as ‘truth’. After all, for years scientists have been debating and disproving each other’s work and this debate was to be followed by everyone. The fact that all scientists are now convinced by a certain theory, because they understand the theory and know what they are talking about, doesn’t mean that the general public does too.

And when we talk about the general public, we don’t just mean civilians, we definitely also mean politicians. It is a politician’s job to create laws and guidelines, based on information that he receives by informants, experts and scientists. It is not his job to either believe or not believe in a certain scientific fact, because he is not an expert in this field. He simply does not know enough about a subject to say that he doesn’t believe it, nor does a politician have the means to prove that he is right about his alternative theory. So when the scientific community supports a certain theory, it is a politician’s job to make policy according to this theory, whether he believes in it or not. He may of course have other reasons not to act on a certain piece of information, for example financial reasons. However his personal opinion should never stop him.

Understandably, this is very difficult. People tend to use their emotions in decision making, which is human and hard to avoid. This is exactly why it is so inconvenient that there is such a thing as scientific uncertainty. If scientists don’t communicate their uncertainties and it turns out that they were wrong, then science as a whole is discredited and we lose our credibility. However if they do communicate their uncertainties, it causes some people to not take them seriously because ‘the scientists said they were not a hundred percent sure’. And where there is a one percent chance that something isn’t true it gives people the option to say that they don’t believe it and it gives policy makers the chance to discard it as nonsense.

Will society ever learn that uncertainty is a built-in factor in science? Probably not.

So how can this be fixed? Will society ever learn that uncertainty is a built-in factor in science? Probably not. This is why it is so important that scientific data is properly communicated, especially to policy makers. People that have the power to implement rules and change a country should be aware that science is an uncertain field, but that this doesn’t meant that you cannot make certain policies. Therefore, politicians and policy makers should be well educated in the scientific method and if possible adapt a more scientific mind-set, so they do not see uncertainties as a weakness but as an opportunity for further improvement.

Animations: not so difficult after all
Scroll to top