”Most of the mentors say that they never thought they would benefit from the experience as much as they did,” says Philip Frick, tech student and creator of Rays. This Swedish summer research school for talented students serves to lay a bridge to the world of research for curious and talented teenagers. 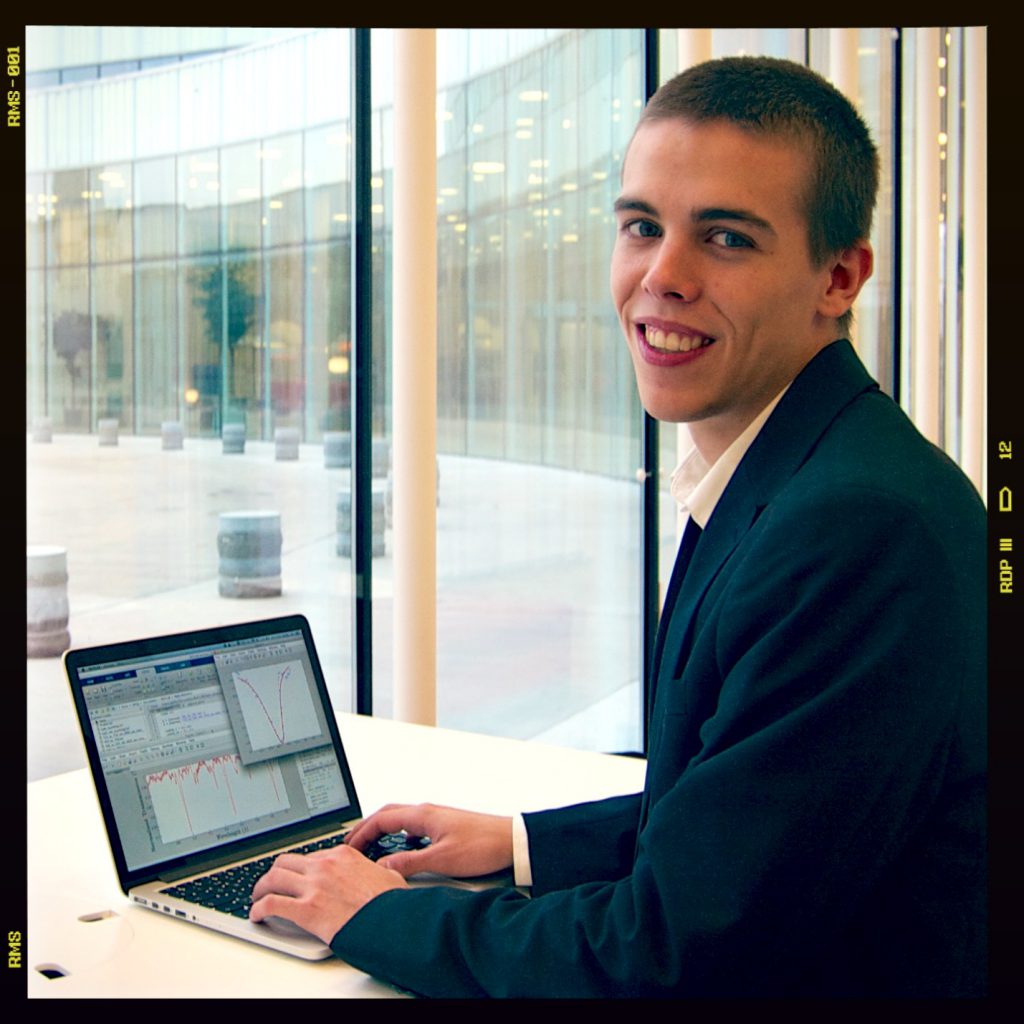 In my teenage years I was very active spending a lot of my time at motor racing tracks, racing other drivers in the Junior Touring Car Championship. Usually the stands were filled with people cheering us on until the checkered flag fell. Questions were always hailing in from friends and acquaintances. What it is like driving a race car? How many times have you crashed? Do you dream of being a serious race driver?

But in my role as a science interested teenager or tech student, the outside world has acted very differently. As a matter of fact, I have not heard a single person from outside tech or science asking me about my experience in the lab or my, scientific triumphs, failures and dreams. Apparently, our source of motivation has to be the like-minded … or simply ourselves!

This insight has probably been one of the driving forces for what I have been doing during the last couple of years: to provide young talents with the opportunity to conduct research. I did this as the director of the Swedish initiative Research Academy for Young Scientists, Rays*. This summer research program brings together 21 of the most gifted second-year high school students in Sweden. We, the organisers behind Rays, have been driven by a vision of making research within STEM a hobby for young people which is just as natural as, say, playing soccer. By offering mentoring and introducing role-models, we have acknowledged the passion for science among the applicants and given them the courage to follow their own path.

Personally, I learned the power of good mentorship when I spent a summer in a lab at Harvard. My mentor at the time was just about to get his PhD, and he was very passionate about having me join the lab over the summer. As the weeks passed I just got more and more curious: why had he agreed on taking me on? He explained that when he was my age, a professor let him work in her laboratory – and at the time, the same professor was his doctoral advisor. Before my time working there was up, he only asked one thing of me – when an opportunity was given, I would help someone else the same way he helped me – to explore the world of scientific research at a young age.

If you have a position in the Academia, what you would do if asked you to mentor a student? I hope you don’t give one of the three standard answers: “At such a young age they do not have the knowledge required to do this kind of research.”; ”Two weeks is far too little time to produce a scientific work” or simply “I do not have time”.

Our experience from Rays shows that the first to answers are simply not true. And as for the third reply, most of the mentors  have come back and said that they never thought they would benefit from the experience as much as they did. The mutual exchange of experiences, thought and ideas has sparked new ways of thinking, leading to advancements with their own research. These are not ordinary teenagers, you see.

These teenagers need the inspiration from role models within science in order to reach their full potential – in order grow as young scientists. Unfortunately the gap between the world of research and eager teenagers is too big and we run the risk of killing the curiosity, the fuel that feeds motivation. Do not ignore the talent of young students, instead give them every opportunity to flourish.