Sara Torstensson, a bachelor student in biomedicine from Stockholm with a passion for questions regarding equality, read an article that made her reflect on the consequences of children’s early exposure to gender roles. What attitudes are we passing on to our children and how is this affecting the inequality in academia? 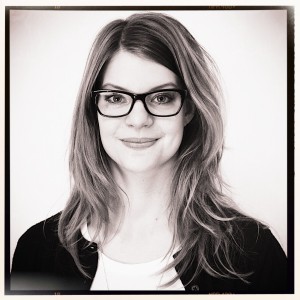 Sara is a biomedical bachelor student at Karolinska Institutet in Stockholm. She has a great interest in questions regarding gender equality and especially within academia.

Last week I read an article about a girl named Amanda who, until recently, believed that women couldn’t be professors. This Swedish, seven year old girl was convinced that only men could hold this profession.

The beautiful thing about this story was the way Amanda was proven wrong. Her mother turned to a friend, asking for help to show her daughter that women can be professors. As a result, Amanda received several postcards from different female professors around the country, describing what type of work they do.

When I read this, my first reaction was enthusiasm. How sympathetic of these scholars to take the time to write this girl! A moment later, however, I felt devastated. How can a girl in Sweden today believe that she is so limited by her gender that she couldn’t have a career in academia? The answer according to this girl, is that the word professor sounds masculine and that all the professors on children’s television programs are male.

I think Amanda has a very valid point. I strongly believe that everything, even the small things, is contributing to the current structure of inequality in our society. What is most depressing about this is that academia generally is thought of as a place where the gender inequality doesn’t apply. I often hear peers talk about how we, as highly educated people, know better. The latter drives me mad, not only because this statement translates to academics looking down on people without a higher education but also that we are so ignorant to our own behavior.

My point is that we have to open our eyes to see how we all are contributing to these structures of inequality. Change is absolutely necessary in order to give women the same possibilities within academia as men, whether it is to avoid seven year old girls doubting on their own capabilities as well as to enable women to get a position within a company without their employer worrying about them being on maternity leave one year later.

As a start, we can tell our children that girls are equally worth and actually mean it.

Sarah Sherwood, IRB Barcelona: “We wanted to do it in a different way, and...