Blog - Latest News
You are here: Home1 / Opinion & Reflection2 / The Crastina Column, February: The shortest route to the real answer is...

Scientists and poets are often described as being very far apart in their worldview. Nothing could be further from the truth.  British biologist and poet Joanna Tilsley—whose nom de plume is xYz—explains why the wonder of science and the wonder of poetry are intrinsically related.

The theme of Crastina February 2017 is “science, poetry, and science poetry”. 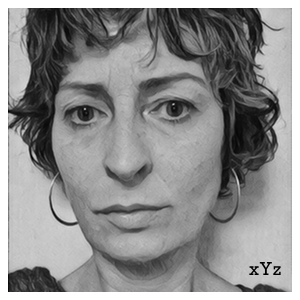 The backbone of science is empiricism, based on experiment and observation. But for the truly great theories and ideas to emerge, the imagination must be brought to bear. In his 1931 book Cosmic Religion and Other Opinions and Aphorisms, Albert Einstein states: “Imagination is more important than knowledge. For knowledge is limited, whereas imagination embraces the entire world, stimulating progress, giving birth to evolution. It is, strictly speaking, a real factor in scientific research.”

Scientists and artists need only four tools—a pencil, some paper, a waste-bin—and their imagination. We work away the stone, the wood, the paint, the word, the idea, discarding all that is unnecessary, until we are left with the intrinsic truth. But these truths that we discover are not new—they have always been there, waiting for the correctly-tuned mind to ‘see’ them and realise them into our human consciousness.

In The Interpretation of Nature and Psyche (1955) Carl Jung, in conjunction with the physicist Wolfgang Pauli, explored the possibility that such synchronicity, such “meaningful coincidence”, could be made possible by the fact that both the observer and the connected phenomenon ultimately stem from the same source, the Unus Mundus, or “one-world”. This concept of an underlying unified reality from which everything emerges and to which everything returns was not new, but developed from earlier ideas by Scotus, Dorn and Spinoza.

Science sails us deeper into The Mystery; but the poet is the seer, the shiner of the light.

The Universe is, with the rise of consciousness, finally becoming self-aware, and self-awareness can be a painful business, to which the human condition will attest. Cosmologist and cleric, mathematician and mystic, physicist and priest – all are seeking the same truth – to know the unknowable, to understand the incomprehensible, to witness the ineffable. Science sails us deeper into The Mystery; but the poet is the seer, the shiner of the light.

And It has always been thus. In ancient Persia, the scholar, the poet and the mystic were as one; Sufism embraced the “Unity of Existence”, and the infinite tessellations of geometric art explored and celebrated ‘God’ through the beauty of mathematics. The 13th century Sufi mystic, Jalaluddin Rumi, believed that the arts were a path to reaching “God”. In his poem, The Glitter Of This Fantasy, he states that “every atom of this world hides an infinite Universe” – a truth he voiced long before science proved it was so.

Truth loves beauty; and beauty loves truth. Both are intrinsically objective. The Universe and everything in it is built to a code of geometric, mathematical glory. Our human senses can only perceive the reflected fractals of this, but our imagination is the beacon, guiding us into the darkness.

Like William Blake, I am compelled to illustrate my work. The illustrations augment the reading, engaging more of the reader’s brain, and revealing the workings of my own mind’s eye. Some high school science teachers in the USA are now using my work to engage students who would otherwise not be interested in science. Whilst I cannot offer any new scientific theory, I can offer my own vision of what science has revealed about our awe-inspiring Universe, and hope that my poetry brings fresh wonder to the minds of those who read it.

I classify myself as a polymath. Although I come from a literary and artistic family, I took a degree in biological science. The signature X.Y.Z. was a writing pseudonym of my grandfather’s, which I have adopted as my own, but with an emphasis on the Y, to represent the interrogative. I take my inspiration both from the mysteries of the Universe and the old wisdom of the mystics.

I classify myself as a polymath. Although I come from a literary and artistic family, I took a degree in biological science. X.Y.Z. was a writing pseudonym of my grandfather’s, which I have adopted, but with an emphasis on the Y, to represent the interrogative. I take my inspiration both from the mysteries of the Universe and the old wisdom of the mystics.
February 2, 2017/0 Comments/by xYz
https://crastina.se/wp-content/uploads/2017/01/xyz_featured.png 684 845 xYz xYz2017-02-02 11:22:092017-03-19 12:17:18The Crastina Column, February: The shortest route to the real answer is via the Imaginary.
0 replies

Lale conquered glossophobia by learning everything about public speaking