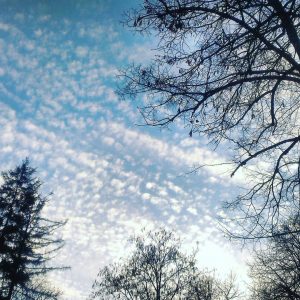 According to Kyiv-based genetics student Anastasiia Semenova, scientists “still seek and create aesthetic elements in science”. Here she shares some reflections after reading the book To Explain the World: The discovery of modern science by Nobel laureate Steven Weinberg.

This article is a part of the February theme of Crastina: Science, poetry, and science poetry.

We often hear about science as a strict, serious, and complicated field, and of art as an irrational and easy way to look at the world. Yet it is amazing to see how often these thought-to-be opposite worlds cross over with the creation of greater ideas.
Science and poetry aren’t often thought about together, nor compared. This is understandable. The first thing that comes to mind when we talk about poetry is literary devices, like meter and rhyme, that are used to create poems. This, indeed, has little to do with recent scientific breakthroughs.

“The first scientists of Ancient Greece were, in fact, poets …”

But then we could talk about poetry in the wider sense, as a language used for aesthetic effect rather than rational and clear explanation of an idea. In this case, one may find that poetry and science aren’t that far apart.

The first scientists of Ancient Greece were, in fact, poets, as they wrote in poetry, vaguely proposing their theories. But they were also poets in the wider sense. They were not describing their experimental findings – instead, it was a mere speculation about how they thought the world might be organized. Their writing was not backed up with any data, they didn’t explain how they came up with their thoughts, and the content wasn’t meant to be taken literally. The importance of the Greek scientists was actually that they were looking for aesthetic explanations of things, preferring the world to be organized by artistic standards.

Now scientists do not write their research in poetry. In his book To Explain the World, Nobel laureate Steven Weinberg points out that “much of the writing of physicists barely reaches the level of prose”. Still, they seek and create aesthetic elements in science.

For example, the molecular level of life offers us countless opportunities, as described systems are often so complex, that they need to be simplified to be understood. Why not do that poetically, and go from rigid explanations to something less serious? When the idea is beautifully formulated, it makes it more believable and easier to understand, which some professors use to explain topic to their students. Science is indeed impossible without imagination, and the opportunity to interpret the information that is not meant to be taken literary boosts creativity and makes the learning process easier. 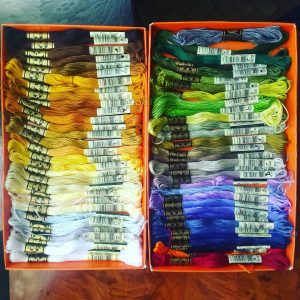 Aesthetic appreciation is not only in the text. I believe that progress of fluorescent labelling wouldn’t be so impressive if, while giving us the fantastic opportunity to see how life works on that level, it weren’t for how mesmerizing it looks under the microscope. Symmetry and balance also work for better impression on what is both rational and irrational within us, along with the colour scheme. Haven’t we all spent time choosing the right fonts and colours, and arranging images for posters and presentation slides? Visualisation itself is important and often crucial for explanation, but it is its appeal to our sense of beauty that makes it noticeable and memorable.

Overall, science and aesthetics – poetry, if you please – do not belong to the opposite sides, they’re interweaved in the search for new ideas about the world, and provide different prospectives on it.

The Crastina Column, February: The shortest route to the real answer is via...

Break it Down: Refreshing Science Communication
Scroll to top