How come researchers who are great presenters often are disregarded as bad scientists? Adria LeBoeuf, multi-disciplinary scientist and communications evangelist, thinks there has to be an end to the social punishment of clear and passionate oral communication.

The theme of Crastina November/December 2016 is “using oral communication to inform, inspire and instigate”. 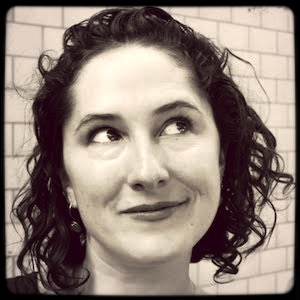 You hear it in the corridors. It’s spouted in labs around the world. It’s muttered under peoples’ breath as they leave the auditorium after a charismatic speaker with slick slides. I’m here to try to put it to rest.

If someone is excellent at science communication or simply a great presenter, they are often disregarded as a bad scientist. Why?

In research, we are accustomed to the driest possible presentation of results: the scientific paper. When findings are presented clearly, in simple language, with a hint of storytelling or charisma, many scientists feel practically manipulated.

Scientists are creative and passionate people but they are rarely given the tools to communicate—and it shows. When I ask students to estimate how fast they know a given talk will be a waste of time, the knowing responses typically range from 30 seconds to 5 minutes. But yet, most talks last about one hour–Think of all of the human-hours wasted!

While it is slowly becoming more common, few PhD-holders have taken any course on public speaking in spite of the fact that it’s an important part of a researcher’s job. For our scientific findings to be useful to anyone, we must communicate them to other scientists, to students, to decision-makers, and to the public.

Great talks can open doors to jobs, grant money and many other opportunities. For example, for professors competing for European Research Council (ERC) grants need to give a short talk as part of the procedure. And when I say short, I mean really short. Depending on the field, as short as five minutes! And that five minutes translates into multiple salaries and years of funding. To stand out in a five-minute talk, you need to be as slick, engaging and charismatic as a TED speaker but maintain all of your typical academic rigor. That’s hard! But when young scientists are exposed to the myth of “great presentation ≠ bad science,” why would they ever think to learn these skills? If the scientific community doesn’t start explicitly valuing storytelling, metaphors and verbal grace, we are stunting the growth of up-and-coming researchers in this difficult job- and funding-climate.

Finally, this is a huge problem for the public. If scientists are socially punished for being good communicators, they won’t communicate well. About 1.2% of Americans have doctoral degrees (US census 2009) and this number is growing. These are spokespeople for critical thinking and rational thought. If these spokespeople aren’t convincing, it has far reaching effects. Average Joe won’t bother learning about his medication, why vaccinations work, or why GMOs can be either problematic or life-saving in different contexts. He won’t see the value in fact-checking. In the current political climate around the world, there is a dangerous conflation of fact and belief and in many cases people are never given the resources to learn the difference.

To bring this back to the seminar room, when your colleagues consider clear, compelling and charismatic communication as manipulative, they are betraying this dangerous mindset in themselves. If researchers consider themselves intellectually rigorous, they should be capable of detecting bad science in a well-crafted talk just as well as in a poor one. In fact, this might be one reason why good speakers are so often maligned! If the viewer actually understands your argument, they might be able to see through it.

Let’s stop disparaging our great communicators, and recognize good presentation for the skill that it is. If we can promote better speakers and more critical listening in our universities, it will spread, and benefit both the scientific community and the public.

Adria is a multi-disciplinary scientist and a specialist in creating new media about scientific research. As a researcher at the University of Lausanne, she is pursuing a cross-disciplinary project on long-term collective behavior and chemical crowdsourcing among ants. She teaches presentation skills to PhD students, coaches professionals and is highly involved in TEDxLausanne. She is the founder of The Catalyst, a cross-disciplinary theater group for scientists.

Bringing science to life – 5 tips on how to create a scientific 3D animat...

The Colour Blue – an interdisciplinary symposium
Scroll to top