Blog - Latest News
You are here: Home1 / Competitions2 / Time to Celebrate the Periodic Table with a Video Competition – an interview w... 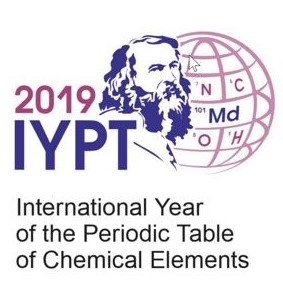 The year 2019 is designated as the International Year of the Periodic Table (IYPT). As part of the celebration, IYPT Sweden arranges an exciting video competition for schools, focusing on the periodic table. Crastina had a short interview with Ulrika Örn, one of the organizers. 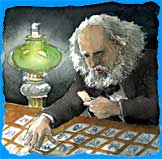 This year, it has been 150 years since the Russian chemist Mendelejev published the first version of the periodic table. Therefore, the United Nations has designated year 2019 as the International Year of the Periodic Table and it is celebrated all over the world. Also, the 50th anniversary of the first moon landing is celebrated in 2019. Both of these anniversaries are celebrated through the video competition.

How can the competition be interesting for young people who think research is exciting?
Chemistry is always exciting! Imagine that everything around us is made from the approximately 90 elements naturally found on Earth. We humans have accomplished a lot with the help of chemistry, but there are also challenges. Some of the challenges are highlighted in the competition, such as the shortage of certain elements. 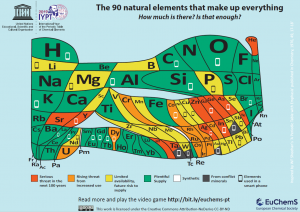 No one has probably escaped the fact that climate is a critical issue, being highly discussed right now. As a chemist, you can develop new batteries that are based on elements other than those for which there is a shortage. We would love to see competition entries that deal with this.

Or, if you are more interested in historical research, you can make a movie about how certain elements have affected the development of the community in which you live. For example, some mining sites would not exist if the soil where they lie had not been rich in certain minerals.

For those who are interested in the future, research on new elements may be the most exciting subject. Today, there are 118 elements in the periodic table. Of these, 92 are naturally found on Earth, while the rest have been created in laboratories. The last four were added as late as in 2016. What new elements can researchers create? And what can we use them for? 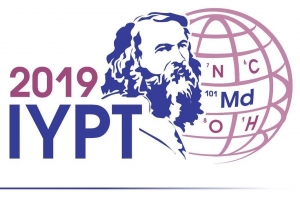 Give three tips to anyone who wants to participate in the video competition!

The competition is organized by ForskarFredag, Innovations- och kemiindustrierna i Sverige (IKEM), Kemilärarnas resurscentrum (KRC), Svenska Nationalkommittén för kemi and Svenska Kemisamfundet in collaboration with Borealis, Nouryon and Perstorp. Deadline for submission is on the 20th of September, so start filming right away!

Denialism Attitudes and How to Approach Them – an interview with Christopher...

Agile project management taught to students and researchers at Karolinska I...
Scroll to top