Blog - Latest News
You are here: Home1 / Interviews2 / Denialism Attitudes and How to Approach Them – an interview with Christopher S...

Christopher A. Swingle, DO, is an attending physician with West County Radiology at Mercy Hospital St. Louis, specializing in nuclear medicine. He is also the councilor of the Missouri State Medical Association. In 2018, he published an editorial “How Do We Approach Anti-Vaccination Attitudes” in Missouri Medicine. The paper aims to address the different kinds of questions – from funny to dangerous – that doctors are faced with regularly and how to answer them. In an email interview with him, we gained insight on his opinions regarding the rise of conspiracy theories in the scientific world for our theme “Approaching the Disbelievers”.

What was the motive behind writing this paper? Was it perhaps an outcome of a personal experience or something you wanted to tackle for a while?

In organized medicine, you must understand the issues outside of your own specialty that affect physicians, because that’s who you represent. In my practice, I treat a lot of thyroid cancer patients and I find that to be very satisfying professionally. Although I am not the doctor that has conversations with patients about vaccinations, patients and their families frequently come in with misunderstandings about cancer and medicine that range from comical to harmful.

In the same way, I know many of my colleagues in the primary care field face similar notions concerning vaccination from their patients. In the United States, physicians are under a tremendous time crunch to see as many patients a day as possible. With that limited window of time, I really wonder how physicians can effectively make those personal connections that foster trust and educate patients on their health. It’s a colossal task.

How much background research did you put into writing this paper? Was it based on a lot of statistical analysis?

There wasn’t much in the way of statistics. It largely involved different combinations of PubMed terms for what’s been published on vaccination attitudes. I got some interesting results, but the information is limited. There’s simply not a lot of good hard science on anti-vax attitudes because the variables are challenging to quantify. It’s very much where the art of medicine must pick up where the science leaves off.

Do you think there is a connection between efficient science communication and the beliefs of the disbelievers of science?

I don’t think “efficient” is the right word here; we are living in a time of the most efficient communication in history via mass media and the internet. Dr. Oz’s pseudoscience is communicated way too efficiently via those means. I prefer “effective” communication. How can we communicate to the public in a way that makes people stop and think, and ideally even change behavior? That’s a much more difficult problem to crack. It’s not enough to have facts on your side; you must build a relationship. Carl Sagan did this masterfully in his Cosmos television series from 1980 by making difficult science concepts understandable, yet personal and relevant. The late Dr. Armand Brodeur, an esteemed academic radiologist in my hometown of St. Louis, hosted his own popular radio talk show geared to the general public using a warm and conversational style.

Besides anti-vaccine believers, there are also flat-earthers, groups of people who deny AIDS is caused by HIV and so on. What do you think influences their opinions and where do these theories originate from?

Firstly, human nature; it’s a big ego boost to know something others don’t. In the case of science, this takes a lot of time, hard work and tuition bills. Conspiracy theories offer the same ego boost, but without any barrier to entry. You can present yourself as an expert on reverse-engineered UFO’s after a few late-night Google searches, getting you a lot of attention for minimal effort.

People also instinctively want to know “why” something happens. My patients want to know why they have their disease. Once we’ve ruled out the significant risk factors, the answer is usually “dumb luck” or “we will probably never know”. 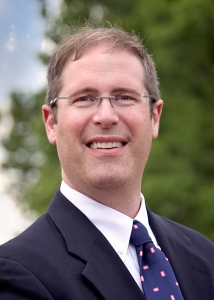 Very few find that to be a satisfying answer. As physicians and scientists, we are trained to separate correlation from causation. The public does not naturally think that way, so they tend to look for easy answers and a scapegoat to blame.

Lastly, currently, trust in the institutions of our society is at an all-time low. Sadly, this distrust is frequently justified. When I was in my residency in Atlanta, the Tuskegee experiments were still a long and bitter memory in the older African American patient population. There’s not an easy path to restore trust after the crimes of the past. Reputations can be broken in minutes and take years to restore.

What do you think would be an efficient way of approaching these groups without hurting them in their sentiments/triggering any kind of aggression?

If you get confrontational or patronizing with patients, you might as well just end the visit right then and send them on their way; you have already lost them. And with social media, all their friends will know what a monster you are before they’ve left the parking lot. Multiply that animosity by several-fold when you’re dealing with organized groups. So, on the level of the individual, you need to accept that you’re representing medicine/science with every personal interaction you have. You are the face of medicine/science with friends and family; so, are you conducting yourself with integrity? If not, why should anybody trust what you represent? You may not be in front of a camera, but you are most certainly on-stage.

Of course, we expect public and commercial scientific institutions to conduct themselves with integrity. Dishonesty contributes to public cynicism. Wishing problems away, as Lancet seems to have done with the Wakefield article for twelve years can be even more destructive.

Individuals and groups will respond very negatively if they feel they are being forced into a predetermined choice. You must respect people’s free will and create a situation where they choose wisely because it is the right thing to do, and not because they’ve been coerced. That comes down to education, which must be both effective and efficient in a fleetingly small window of opportunity.

I need to know my opponent. If I know what’s being said and the reasoning, I can counter the anti-vax nonsense. If people that know me trust me, and hopefully the institutions I’m a part of, then I can better connect on an emotional level too.

What would be your message to people about believing anything they hear or read about? What can one do to avoid falling prey to these non-scientific conspiracy theories?

When appropriate, I like to use humor with patients and colleagues to build rapport. One of my favorite Facebook memes is the quote “Don’t believe everything you read on the internet!” usually attributed to Abraham Lincoln or Socrates. That kind of gentle humor can be a powerful ice breaker and get people thinking critically despite themselves. I also had a pathology professor who was fond of saying, “Well, if that were true then…” when we discussed clinical scenarios. I like to use that phrase in the spirit of “let’s walk through this line of reasoning together”, as he used to when teaching. Either way, you show respect for the other person’s intelligence, build a relationship and hopefully make a positive change together.

Do you intend to follow up on this paper/editorial?

I can’t say I’m planning to write a follow-up, but I do plan on exploring how I can help address these issues through the city and state physician organizations I belong to. I certainly don’t have all the answers to intelligently and respectfully counter the anti-vaxxers and other fringe conspiracy theorists out there. But if I can make a difference, I’m going to aim for my own community first.

Ushashi is a third-year Biochemistry and Cell Biology student at Jacobs University Bremen, Germany. A writer and blogger on various platforms, she is passionate about science communication, journalism and bringing the science and arts closer together. She is also an amateur poet, an avid reader, and a pop-culture enthusiast!
September 12, 2019/0 Comments/by Ushashi Basu
https://crastina.se/wp-content/uploads/2019/09/Chris-1-of-1-2.jpg 2369 1692 Ushashi Basu Ushashi Basu2019-09-12 10:31:212019-09-24 07:52:14Denialism Attitudes and How to Approach Them – an interview with Christopher Swingle
0 replies

Time to Celebrate the Periodic Table with a Video Competition – an interview...
Scroll to top