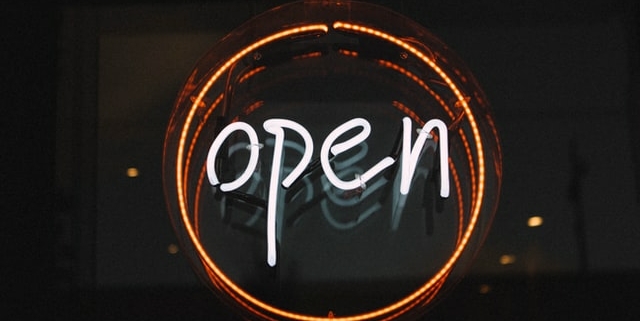 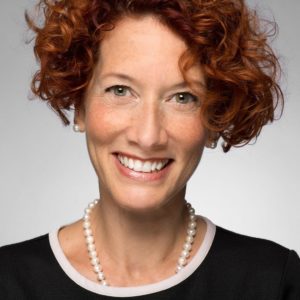 About this, and much more, we ask Colleen Campbell from the Open Access 2020 Initiative.

Thank you for accepting the interview Colleen. Could you please tell us a bit about the Open Access 2020 Initiative?

Let me start out by giving a little background into the Open Access 2020 Initiative (OA2020). OA2020 grew out of discussion among key stakeholders in the global research community at the 12th Berlin Open Access Conference. It had been more than a decade since the first had produced the Berlin Declaration on Open Access to Knowledge in the Sciences and Humanities, and there was strong consensus that while some slow and steady progress toward the vision of an open knowledge environment had been made, new efforts were necessary in order to reach that goal.

Up until that point, efforts to enable openness revolved around creating new open access journals and platforms, like PLoS or eLife, and developing new infrastructure for scholarly communication, such as pre-print servers like arXiv and institutional repositories. But while these strategies are important pathways to openness in their own right, they have not been successful in posing any real threat to the subscription paywall system that dominates the bulk of today’s scholarly journals. After nearly 20 years of open access advocacy, around 80% of new research papers are still published in journals locked behind subscription paywalls. What was missing in the landscape was a dedicated strategy for making those journals open access.

The money globally spend for journal subscription fees is around 7.6Bn EUR.

OA2020 was officially launched at the 13th Berlin OA conference in 2017 by Co-Chairs, Prof. Dr. Ulrich Pöschl, Max Planck Institute for Chemistry and Prof. Dr. Gerard Meijer, Fritz Haber Institute (FHI) of the Max Planck Society. The initiative was galvanised by new insight into the financial streams that flow into subscription-based scholarly journal publishing, described in the Max Planck Digital Library White Paper “Disrupting the subscription journals’ business model for the necessary large-scale transformation to open access”. Essentially, the White Paper revealed that the money libraries, globally, invest in journal subscription fees—on the order of 7.6Bn EUR—is more than sufficient to support those same journals if they were published under an open access model. It is simple math, really: subscription journals publish around 2 M articles a year, which means that libraries are sustaining an average cost of around EUR 3.800 per article under subscriptions. Yet, when comparing that per-article (subscription) cost with the standard fees charged to authors for open access publishing of articles (which are averaging at less than EUR 2.000), it becomes immediately apparent that there is more than enough money in the subscription system to sustain a transition of today’s scholarly journals to open access business models.

That knowledge is at the basis of the mission of OA2020, formulated in the Expression of Interest in the Large Scale Implementation of Open Access to Scholarly Journals. The institutions that participate in OA2020 aim to transform the current corpus of scholarly journals from subscription to open access business models and make best efforts to repurpose their subscription budgets to enable this transition. Of course, while the high-level math may look simple, enacting this transition is a complex process, and a big part of my coordinating role at OA2020 is to lead capacity-building activities to empower librarians and other stakeholders with strategic insights and essential skills to help them work through this transition.

The transformative open access agreements are now present worldwide. How important are they for open access publishing? What are benefits from these agreements for scientists, libraries, and publishers?

One of the key challenges of the open access movement before OA2020 was that despite all of the clear benefits that publishing articles openly brings to scholars and scientists, learners and educators, patients and medical practitioners, policy makers, entrepreneurs, and citizens at large, the pathway for authors was not at all easy. For authors to make their articles openly available has, till now, meant limiting their choice of where to submit to a relatively small number of fully open access journals, or having to pay an APC (article processing charge), or remembering to deposit a copy of their manuscript in their institutional repository after an embargo period of up to 24 months. In addition to these complications, national and institutional evaluation systems often put authors under pressure to publish in high-impact—but still subscription-based—journals, while grant funders, on the other hand, require that results be published openly; this puts authors between a rock and a hard place. OA2020 aims to remove some of that pressure by changing the business model underlying subscription-based journals. Ultimately, the institutions engaged in OA2020 are seeking to bring open access to authors, wherever they choose to publish their articles.

Transformative agreements are one of the key tactics for achieving this transition; they are centrally negotiated agreements with scholarly publishers in which former subscription payments of an institution, or consortium of institutions, are repurposed to cover open access publishing of the articles by their researchers. In this way, authors are granted the ability to retain copyright of their articles and publish them openly, without being burdened with open access publishing fees.

At the same time, transformative agreements give publishers, institutions, and their libraries, a viable framework to re-orient all of the operational and financial processes, that are currently deeply rooted in the subscription-based system, around open access, instead.

The Projekt DEAL is one of the biggest transformative open access agreements so far, signed between German academic institutions and two publishers (Wiley and Springer Nature).

The Alliance of Science Organizations in Germany instituted DEAL to negotiate nationwide agreements with the scholarly publishers in whose journals authors affiliated with German research instituitons publish most. There were three main objectives to the negotiations:

The DEAL agreements have enabled open access publishing for around 30% of the article output coming from German institutions.

With the two agreements achieved so far, with Wiley and Springer Nature, DEAL has enabled open access publishing for around 30% of the article output coming from German institutions. (Elsevier represents another 20%, but negotiations with this publisher are still suspended). At the same time, reading access for all DEAL institutions has been expanded to the full online portfolio of journals—closing the knowledge gap even for those institutions who previously could not afford to subscribe. And, in terms of cost, the DEAL agreements have actually reduced costs overall: the cost for the services negotiated in the agreements is cost-neutral with respect to the previous collective subscription expenditure, which means that the ‘hybrid’ APCs that authors previously paid to publish articles openly in, otherwise, subscription journals have been removed from the equation. This is an extremely important aspect of the DEAL agreements, as in recent years there has been a year-on-year increase in spending on ‘hybrid’ APCs of around 15%.

Do you think the Projekt DEAL helped to bring more and better transformative open access agreements?

Transformative agreements can be seen as an evolution in the way libraries interact with scholarly publishers on behalf of researchers (readers and authors) and, since they are meant to be transitional, the agreements come with a great level of creativity and experimentation as new approaches are tested. There is no doubt that Germany’s nationwide DEAL agreements have introduced some important benchmarks in the scholarly publishing landscape, but they are by no means the first to do so, nor the furthest along in the effort to enable open access publishing for all of a country’s research outputs. The ESAC Market Watch reveals some pretty amazing views of the growth of open access via transformative agreements and the impacts that these agreements are having in enabling open access to the research articles produced in country-level contexts.

One of the key innovations of the DEAL agreements was to disaggregate an annual lump-sum subscription fee to a comprehensive per-article fee.

One of the key innovations of the DEAL agreements has been the “Publish and Read, or PAR” cost model. In the traditional subscription-based model, institutions paid lump-sum subscription fees which were largely based on legacy print subscription fees. With the digital transition, publishers incorporated individual journals into one “big deal” and, over the years as publisher journal portfolios grew, these big deals came to occupy ever greater shares of library budgets. The DEAL PAR model, on the other hand, disaggregates the “big deal”. Instead of paying one opaque, annual fee for the whole deal, costs are articulated at the article level. In this way, publishers earn their fees in proportion to the services they actually provide: one article published, one PAR fee. By disaggregating the lump-sum of subscriptions, the DEAL agreements create more fluidity for their budget structures so that institutional investments can follow researchers wherever they choose to publish. You can read more about the DEAL approach here.

How did the Projekt DEAL reflect on trends in publishing and future open access initiatives in your opinion?

At the outset of DEAL, there was most certainly a pragmatic analysis of the publishing trends of authors affiliated with German institutions and of the costs invested in both subscriptions and ‘hybrid’ APCs. Additionally, all of the Alliance of Science Organizations in Germany were signatories of the original Berlin Declaration on Open Access and the OA2020 Expression of Interest. You could say that the DEAL agreements are the German instantiation of OA2020.

Finally, as the last question, what can we expect next from the Open Access 2020 initiative?

The next important event for OA2020 will be the 15th Berlin Open Access Conference at the end of September, which we are organising together with co-hosts, the University of California. If at the last Berlin conference, transformative agreements were validated as a key pathway to open access on a large scale, we have seen an incredible proliferation of agreements around the world in the past two years—and not just in northern European countries, but also in the US and Asia and even in countries with significantly less financial leverage. The theme of this year’s Berlin Conference is “Adapt and Advance” and will be an opportunity for negotiators from research organisations around the world to come together to share their experiences and reflect on ways to advance from the new vantage point we have, collectively, reached in the transition of scholarly publishing to open access. As we work through the transition, there are new challenges to address every step of the way: from how to prioritise open access even in light of increased budget pressures caused by the economic fallout of the global pandemic, to how we can drive more equity into scholarly publishing and ensure that our transformative agreements deliver a system in which authors from all economic and geographic contexts are able to publish their articles open access based on their scientific merit and not on their ability to pay an APC.  Stay tuned to the OA2020 Progress Report for more!

Another Way? – Interview with Dr Paul Whaley
Scroll to top