Blog - Latest News
You are here: Home1 / Interviews2 / A scientist with the soul of a musician: Interview with Mats E. Erikss... 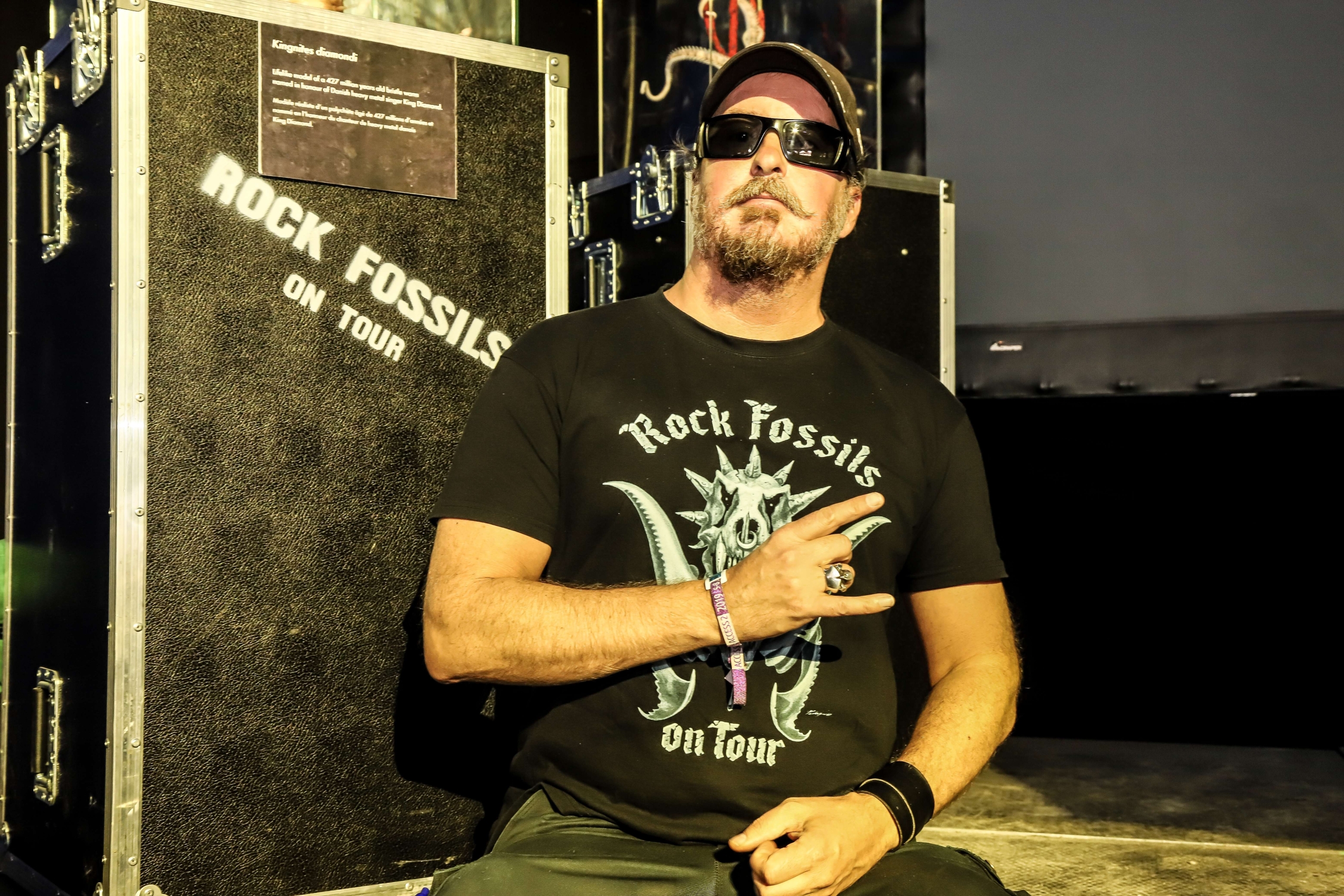 ”The greatest scientists are artists as well”, said Albert Einstein. Then, why scientists are afraid to absorb their artistic side, one can ask. While sticking to the patterns and typical presentation routines, scientists often lose interest of audience, with their message and passion for science ending as a noise. If a bit of art is added as a medium for scientific communication, it would be more fun at least.

Today we interview Mats E. Eriksson. A professor of paleontology at Lund University. A scientist with the soul of a musician, or vice versa. A scientist who is ready to go one step further and who uses every chance to incorporate music in his work. He tells Crastina about his passion for music and how he sees connection between music and science.

Could you please tell us a little bit about yourself and your career?

For as long as I can remember, I have loved nature and bugs, but also music. I jokingly say that I loved beetles and The Beatles as a kid. Well, now I’m an adult and I still love bugs and even study them for a living, although they are long dead and fossilized. And I still love a broad spectrum of music, arts and culture, with a particular sweet spot for metal music. From this one could of course argue that I haven’t necessarily evolved that much, but instead let’s turn it into something positive and say that I’m not only working with my passion, but I’m also at a stage in life when I can combine my life-long love affairs with these disparate fields.

I defended my PhD-thesis in 2000 and now work as a professor of paleontology at the Department of Geology here in Lund. In addition to research and teaching – both of which I thoroughly enjoy – I’m also a keen advocate for scientific outreach. For me this manifests itself in giving public lectures, writing popular science books and papers, recording music with science-based themes, and working with the traveling exhibition Rock Fossils that amalgamates fossils and rock music.

In addition to being a successful scientist, you are also a metal fan, and this combination resulted in two books about metal and paleontology and a travelling exhibition. Could you please tell us more about these projects? Have you even anticipated popularity and recognition they brought you and how do you feel about it? 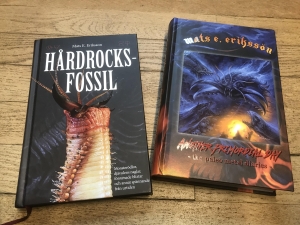 Well, I could go on and on about these different projects to the point that I could even write books about them. Oh wait; I have done so. For anyone interested I would recommend my latest book Another Primordial Day – the paleo metal diaries (2019) where I go into nerdy detail about all things metal and prehistory, and their impeccable combination. But briefly, these weird side projects have meant the world to me. Because even though they just form a minor part of my work days, as most of my time is obviously devoted to research, teaching, and supervision, they have had a significant impact on my life. First and foremost, I have fun! And you should never underestimate the power of that. Besides, it’s been scientifically proven time and time again that feeling happiness at work leads to increased productivity, which, in turn, leads to more success and a better life! So it’s really a win-win situation for me, and for that I am grateful.

This work has significantly widened my network of contacts to include artists, promoters, journalists, and musicians; all of which have provided new perspectives on life. I have also had the great pleasure of not only meeting but actually working with some of my favorite musicians and painters. Can it get better than that?

I also like to think that people see and feel the passion I have for this. At least when giving public lectures I have been as surprised as I have been happy by the positive response from both high school students, and (perhaps more surprising to me) senior citizens.

With regards to our Rock Fossils exhibition which features sculptural reconstructions of fossils named after rock stars, it has proven to be really popular and has been on tour throughout Europe ever since its inception in 2012. Although we organizers obviously love it, that doesn’t mean that other people would too. But that seems to be the case. We have good reasons to believe also that this exhibition has attracted a whole new audience to natural history museums, which of course warms my heart. On a personal note, the exhibition also resulted in truly unexpected things such as us being invited to present it during Sweden Rock Festival and Copenhell in 2019. Giving talks about fossils at a heavy metal festival while some of my favorite bands were playing at other stages was nothing short of surreal (and as unexpected as it was amazing).

So, surprised, amazed, and grateful pretty much sum up my feelings about all of this!

How do you see the connection between paleontology and (metal) music?

Ha ha, well, I can understand how a casual observer would say there are absolutely zero connections. But I guess when you search you will find, and I have gone way beyond scratching the surface and now see connections everywhere. The most obvious ones perhaps being that the iconography, imagery, lyrical themes, and artwork used in metal music typically deal with death, decomposition, skulls and bones, and that’s what I work with as a paleontologist. Literally!

How do you find inspiration and new ideas to combine music and art with science?

You never know really, and that’s the beauty of it. I meditate, read a lot (that is, obviously also beyond the work-related scientific papers), listen to music constantly, and exercise. I’d say that any or all of these extracurricular activities can spur new ideas. Thus, personally I think that the combination of internal and external stimuli, and the contrast between turbulence and tranquility, are fertile grounds for creativity. Positive triggers can come in any shape or form, it’s just a question of finding what works best for you.

Do you think popularizing science has also influenced your scientific research and teaching, and if yes, how?

It certainly has! And all positively. I think it forces you to try to extract and convey a story as digestible and interestingly as possible to a broader audience. This is obviously very applicable in teaching, but also in research. Besides, I like to think that by constantly writing (on whatever topic and in various styles) and giving talks improve skillsets that are greatly beneficial, not to say crucial, in academia. Now practice won’t perhaps make perfect, but at least practice leads to progression. Communication skills in both speech and writing are by default necessary in research and teaching. Moreover, as alluded to earlier, never underestimate the power of having fun; after all, joy in your work life leads to feeling more inspired overall. I am convinced that will shine through in all aspects of life, not least in communicating with an audience of scientific peers and students alike. Finally, I’d say that my outreach projects have actually been instrumental for acquiring a number of grants over the last few years.

What can we expect next from you in the near future? Any new projects coming soon? 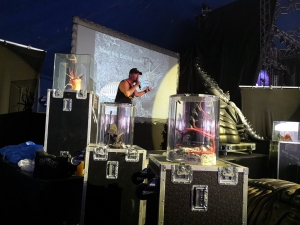 There is always new stuff brewing! In addition to multiple research projects, I have a number of popular science projects going on. Perhaps most notably, we have a re-opening of the Rock Fossils exhibition in Frankfurt, Germany, coming up in April. For this continuously growing exhibition we aim at adding new art pieces on a regular basis, and right now we are working on a sculptural reconstruction of the fossil named after Black Sabbath’s Tony Iommi that we recently published. I am also working on my third book, which I hope will be finalized this year. This time I have really challenged myself in trying to write a fictional novel. It is difficult for sure, and perhaps I have bitten off more than I can chew? Just writing dialogue is a whole new beast, and a craft that’s completely new to me. In terms of genre this book is a combination of horror, sci-fi, and dark comedy, but of course sprinkled with science. And I have the pleasure of working together with four renowned ‘heavy metal painters’ who have done record cover artwork for many of my favorite bands. Whether or not I’ll succeed in this endeavor will obviously be up to potential future readers to decide, but one thing is certain; I thoroughly enjoy the process!

Finally, do you have any advice for young scientists who would also like to combine their passion with science?

It probably sounds cliché, but follow your heart and do things with passion and diligence. And stay true to yourself and what you believe in (that is; don’t listen to the naysayers). Keep an open mind and hold on to interests also beyond your science discipline of choice; whether it is art, music, cooking, training, gardening, or whatever floats your boat. At least to me life is way too short to not embrace the beauty and diversity it has to offer. I guess being a geologist really makes me understand how ridiculously brief our time on this planet is, and working with long dead animals functions as a constant memento mori. Thus, it is as much an obligation as it is an opportunity to make the most of life for the short time we are here. So, if you want to infuse your science with other stuff, you can, it’s just a matter of being creative. Just don’t expect wealth and fortune, but do it because you want to and enjoy the process!

Science and Geek Culture: Dr Rodrigo Salvador and the Journal of Geek Studi...
Scroll to top