Blog - Latest News
You are here: Home1 / Interviews2 / AI and the Future of Scientific Publishing – Dr Joshua Nicholson’s Per... 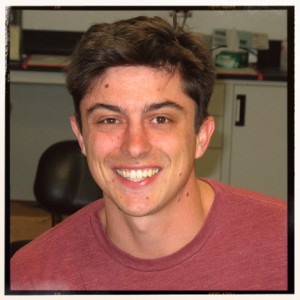 Dr Joshua Nicholson is the co-founder and current CEO of scite.ai

Many aspects of the scientific publishing system have not changed despite a wide breadth of technological advances in recent times. Other media industries such as news and entertainment have diversified away from print media, essentially being decentralized across the internet and the world. However, academic publishing has largely remained stagnant with a print-media business model built on the backbone of a gatekeeper-minded review process conducted by a handful of people. Crastina recently called out to previous interviewee Dr Joshua Nicholson to update us on his perspective regarding the current state of the scientific publishing industry and can find his thoughts below:

Thank you for returning to Crastina to update us on your work Josh. Since you’ve last spoken to us at Crastina you have accomplished a lot in terms of completing your PhD but also creating platforms that improve scientific publishing and collaboration.

Thank you for checking in and inviting me back to give you an update on my work.

Our pleasure! You founded the Winnower in 2014 to open up the review process from the traditional closed system of a handful of reviewers. Since the acquisition of the platform, what are your feelings on the current state of the peer-review process and how it may reform in the future of publishing?

I don’t think things have really changed too much in terms of peer review, and yet at the same time many things have changed. What do I mean by that? Well, for the most part, the scientific peer review process occurs more or less the same way as it has for the last decade or more: papers are peer reviewed by two to four experts behind closed doors in an often lengthy process. There have been some interesting initiatives and experiments testing open peer review, post-publication peer review, and peer review as a paid service but none of these have really scaled beyond a pilot phase, idea, or a handful of journals. Indeed, the Winnower which was started to introduce open post-publication peer review, ultimately ended up publishing primarily grey literature with most documents never receiving any review.

One initiative that has gotten a lot of traction, especially over the last year, is pre-prints in biology and medicine. Pre-prints greatly shorten the time it takes to share your findings with the scientific community and with the world by publishing work ahead of or without peer review. While this is not an innovation in peer review per se, it is a change in the way scientific findings are shared and I think it is here to stay. The question then becomes how does peer review fit into a pre-print-first world? I don’t have the answer but I am excited to watch various initiatives test different approaches. Ultimately, I think the pendulum will swing back a bit and we will see some more curation and review on pre-prints ahead of posting, especially with arising technical checks that various services are providing.

Following your time as CEO of Authorea, what are some of the common stumbling blocks in scientific collaboration that you have encountered? and how might these be solved in the future?

Innovation and change in scientific collaboration to me seems to be really constricted by the requirements journals have placed on scientists for publication. For example, there are a ton of amazing new collaboration tools and services that many researchers and non-researchers use such as Notion and Roam but they are ultimately constrained by the fact that a researcher must submit a PDF or Microsoft Word document for publication or even to post a pre-print. Oftentimes these services do not mesh well at all and it holds back the wider adoption of new collaboration tools. I think once journals allow more types of content, from video to interactive articles, we will see an increase of more tools focused on collaboration.

Your current startup project scite.ai aims to help make science more reliable. How did scite.ai come about and how does it work?

The idea behind scite was initially published on The Winnower and was a direct response to growing concerns around reproducibility in research. That is, how do I know if a paper I am looking at is reliable or not? In my field of chromosome mis-segregation and aneuploidy, I read the literature so closely that I could easily tell which papers were strong or weak. However, if I left my field of research to look at a paper, even if it was very close to my own work, it would be much harder to figure this out. Scite.ai was launched in an effort to make it easy to see how a scientific paper has been cited and more specifically, if it has been supported or contrasted in the literature by others. It works by basically using machines to break full-text scientific articles into distinct citation statements, which are then linked to the citing paper and classified as providing supporting evidence or contrasting evidence. It’s a simple idea but under the hood there is a lot going on. We recently posted a pre-print on the details of how scite.ai works, which can be found here: https://www.biorxiv.org/content/10.1101/2021.03.15.435418v1

Are there any stand-out factors that make scientific claims less reliable? If so, what should we look out for?

The reliability of a scientific finding is dependent upon many factors, such as whether or not the experiments were performed blind, whether or not the sample size was large enough, the appropriate statistical test was used, so on and so forth. The best way to determine that is to read the scientific paper and assess the claims as best as you can and/or to get an expert opinion. Scite also helps here by turning citations, which are used today quite superficially, into a wealth of easily understandable and digestible expert analyses and opinions. Without scite if I see a paper has been cited 100 times I have no easy way of seeing what those 100 papers say, unless I open each one. With scite, I can easily see what each says because I can quickly read the citation statements, and filter them on various aspects such as where the citation comes from, whether it is supporting or contrasting, and is it a self citation or an independent citation etc. etc…

Do you see artificial intelligence or machine learning playing a larger role in the future of the scientific process? If so, how?

Undoubtedly so. Machine learning to me is quite simply another progression in software development, which has changed and transformed many fields already. It offers a new tool-set to answer questions that other methods might not have been able to address and to tackle challenges where scale is an issue for humans. For example, as a human I can classify hundreds of citation statements in a day as supporting or contrasting, but a machine can do this exponentially faster, classifying dozens of millions a day. This type of use that we get from machines at scite will permeate other fields and other problems in scientific research and it is exciting but it will also come with challenges too.

We thank Dr. Nicholson for sharing his wealth of knowledge with us for the “Future of Scientific Publishing” theme. His responses and innovative work in this space gives us hope for the future of a stronger, faster, and less centralized or gate-kept scientific publishing future. If you have any similar visions for the future of scientific publishing, let us know in the comment section below and/or all of Crastina socials.

Yanas did his BSc and MSc Degrees at the University of KwaZulu-Natal and his PhD at Nelson Mandela University in South Africa where he is currently a postdoctoral researcher. He has generally worked in marine animal ecophysiology, testing the potential future impacts of environmental change on animal health, particularly the early life stages of fishes. He also founded a science communication media brand called Geekoscopy where he hosts podcasts, articles and videos on various social media platforms.
June 20, 2021/0 Comments/by Yanasivan Kisten
https://crastina.se/wp-content/uploads/2021/06/Bios_robotlab_writing_robot.jpg 768 1024 Yanasivan Kisten Yanasivan Kisten2021-06-20 19:23:172021-08-05 17:50:35AI and the Future of Scientific Publishing – Dr Joshua Nicholson’s Perspective
0 replies

Why do dinosaurs have a big impact in the future? – or does a high impact...