Blog - Latest News
You are here: Home1 / Interviews2 / What Scientists Can Learn From Designers (Matt Carter, May 2015)

According to neurobiologist Matt Carter, scientists often do a poor job at designing for example articles, scientific posters, and talks. But there are many core communication skills that could rather easily be acquired from professional designers. 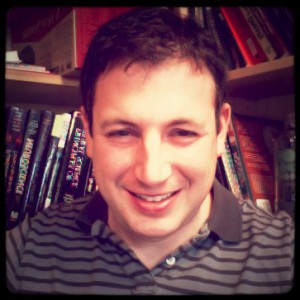 When I was a graduate student, frenzily working towards my Ph.D. in Neuroscience, I became friends with a few students in the nearby School of Design.  At first I thought our lives couldn’t be more different—I would spend my days pipetting and performing experiments, they would spend their days crafting 3D objects and perfecting page layout.  Yet by the end of my dissertation, I may have learned more about science communication by observing my design school friends than my fellow grad students and postdocs.

Design is surprisingly hard to define.  Many people think design is about making something look better.  While it is true that good design ultimately does cause an end product to look better, this isn’t the explicit goal.  Design is really about deliberately and meticulously crafting something for the benefit of the end user.  If designing an object, a good designer will not worry about how it looks, but instead about how it works and feels in the hand.  If designing a user interface for a software application, a good designer will not worry about how advanced it seems, but instead about its utility and ease of use.

When scientists use the term “design,” we usually use it in the context of experimental design—that is, how we can optimize an experiment for the most powerful outcome.  This is a useful application of design in science, but we’ve barely scratched the surface when it comes to how we present ourselves to others.

In truth, all of science really is for the end user—the anonymous peer reviewers of manuscripts, the readers of accepted papers, and the audiences at poster sessions and seminars.  Instead of designing objects or user interfaces, our output is articles, scientific posters, and talks.  And almost always, we scientists do a poor job at designing them.

What can scientists learn from designers?  I think there are a few skills that can be easily acquired:

Nowadays when I talk with graduate students and postdocs, I often suggest studying a simple book or two on design—it’s amazing how effective a few skills can be towards more effectively communicating results and impressing colleagues in the field.

Matt Carter is a professor at Williams College where he teaches courses in physiology and neuroscience. He received his Ph.D. in neuroscience from Stanford University and his B.A. in biology from Whitman College. His research focuses on how the brain regulates innate, homeostatic behaviors including sleep and food intake. Dr. Carter has received numerous awards for his scientific teaching including the Walter Gores Award for Excellence in Teaching from Stanford University. In 2011 he won the Young Investigator Award from the Sleep Research Society. In addition to publishing primary research articles and reviews, he is also the coauthor of Guide to Research Techniques in Neuroscience. He lives in Williamstown with his wife and two kids. 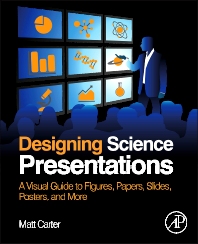