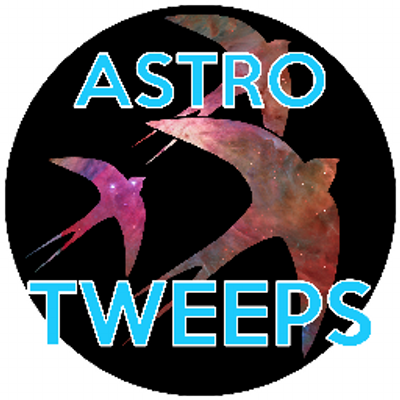 Most social media have a tendency to repeat themselves … but this will never happen for Astrotweeps and Biotweeps as these rotating twitter accounts feature different scientists every week.

Rotation curation is a popular way to maintain the freshness of a social media feed, especially Twitter. It can be described as a ‘content relay’ where the spokesperson is regularly replaced, typically on a weekly basis. According to Wikipedia, rotation curation is actually a Swedish phenomenon, originating from a promotional Twitter campaign. As you may know, Crastina has applied its own variety in the form of our curated FB links. 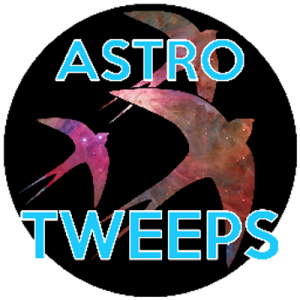 Meg Schwamb is a planetary scientist and astronomer based in Taipei, Taiwan as an Academia Sinica Postdoctoral Fellow at the Institute of Astronomy & Astrophysics at Academia Sinica.

Tell us a about the Astrotweeps project.
Astrotweeps is a rotating curation Twitter account, where each week a different astronomer or planetary scientist is featured and takes over the account. The people featured include all career stages from graduate student to faculty/staff scientists. At the beginning of the week, a brief bio is posted on the Astrotweeps webpage to introduce the new astrotweep, and at the end of the week, we storify the week’s collection of tweets.  Astrotweeps was born out of the American Astronomical Society (AAS) meeting’s  hack day in 2014, and it is now its second year. It was created and is run by myself, Niall Deacon (University of Hertfordshire) and Demitri Muna (Ohio State University). We three schedule the volunteers and manage and moderate the account.

Why should this project concern the young scientist?
Following an account like astrotweeps is a great way to get a sampling of the variety of career paths, news, and perspectives in astronomy and planetary science. I myself have particularly enjoyed getting a window in to a different scientist’s daily life for a week. It’s also a great way to find new people in your research field to follow on Twitter. Participating in these projects as a tweeter can be a excellent introduction to twitter and online outreach if you’re new to twitter. If you’re a seasoned pro, it’s a great way to share what you do and promote yourself to a different audience from your typical twitter followers.

Give three pieces of advice to the team who wants to form a X-tweeps project, aimed at their scientific subject!

Anthony Caravaggi (Twitter: @thonoir) is a PhD candidate at Queen’s University Belfast, and creator and current sole curator of Biotweeps.

Tell us a about the Biotweeps project.
Biotweeps was born out of a desire to give a variety of biologists an opportunity to talk about their work and interests in a way which promote both learning and discussion. The idea occurred to me around June 2014, after finding and following Astrotweeps. The concept was extremely attractive and apparently effective, but there didn’t appear to be a similar account for biology. After contacting Meg of Astrotweeps, who was extremely patient and helpful in giving me pointers, I created the Twitter account, put the back-end support for the account in place early-on, and started putting the word out in the hopes of attracting enough interest to get Biotweeps off the ground. Fortunately, interest grew quickly and I was able to fill the first 4 months quite easily. The account has had the pleasure of hosting experienced and well-known scientists and science communicators, a teacher, and post-graduate students, of a range of disciplines including genetics, biomechanics, parasitology, palaeontology, theoretical biology, marine biology, cancer biology, and plant pathology, to name but a few. The account continues to gather followers at a good rate (many thanks to @smiffy for the relevant data), which, along with continued interest from contributors, will hopefully mean the project will reach, and continue beyond, it’s first birthday.

Why should this project concern the young scientist?
Young scientists should look at these projects as valuable learning and communication tools.  Biotweeps, and other RoCur accounts, have a great deal to offer to anyone with an interest in science. The sheer rage of expertise amongst our contributors means that there will always be something new to learn, frequently outside one’s own area of study, or interest. I don’t think a single week has gone by when I’ve not learned something entirely new, and then learned of the how or whythanks to subsequent tweets. And if a question occurs, Twitter is, after all, an interactive medium; all our contributors welcome and encourage participation from followers. There is also the possibility of meeting new and interesting people, and making contacts. For instance, a few months ago a conversation between that week’s Biotweep and a follower (I beg their forgiveness, I’ve forgotten their names and the tweet is buried under weeks of correspondence) led to the development of a real-life collaboration. That is a singular example of course, and young scientists won’t quite get that level of connection. But it nevertheless demonstrates the potential value of following both Biotweeps and our contributors, and asking questions.

Give three pieces of advice to the team who wants to form a X-tweeps project, aimed at their scientific subject!

What Scientists Can Learn From Designers (Matt Carter, May 2015)
Scroll to top