Molecular Flipbook is a software tool which makes it simple to create and animate molecular models, primarily for molecular biologists. Crastina had a chat with the creator Dr. Janet Iwasa, University of Utah. 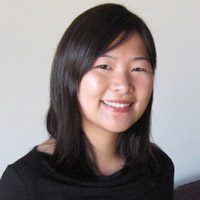 Dr. Janet Iwasa is a molecular animator and research assistant professor in the Biochemistry department at the University of Utah.  She was named the 2014 TED fellow as well as one of the “100 Most Creative People” by Fast People Magazine in 2012.  Her award-winning illustrations and animations have appeared in Nature, Science, Cell and the New York Times.  One of her current projects, Molecular Flipbook (https://www.molecularflipbook.org), will change the way scientists communicate their research through the use of 3D molecular visualization and animation.

Hi Janet, can you tell us about the use of molecular animation in Molecular Flipbook?

Molecular Flipbook was designed as an intuitive and simple 3D animation software that was designed specifically to allow molecular biologists to create and share animated molecular models.

What are your thoughts regarding the use of molecular model visualization and animation and their role in the scientific community?

Over the course of the past 10 years, I’ve been dedicated to working with collaborators to create animated models of the molecular processes they study.  During this time, I’ve found that the process of putting a molecular animation together can provide important insights to researchers.  Many of these insights and questions come up organically during the modeling and animation process.  For example, in trying to build a model of a complex, multi-subunit complex, my collaborators and I often need to fill in a lot of blanks.  How many of each subunit is there?  How do they fit together?  How does it assemble and disassemble?  Is there something missing?  These types of questions must be addressed in order to create a complete 3D and animated model that best reflects what we think might actually be happening in a cell.

I think there are few better and more intuitive ways of depicting a molecular process than 3D animation. We can synthesize large amounts of data on what molecules are doing, where they are, and what they look like – all within the context of an animated model.  More and more researchers are looking to 3D animation as a means to communicate their ideas, and I think this will allow researchers to become better communicators, enabling them to better describe their ideas to their peers, their students, and the public.

What do you suggest researchers and young scientists should do if they want to use Molecular Flipbook’s services and tools?

Molecular Flipbook is very simple and straightforward to use.  All you have to do is watch the short tutorials on our website, molecularflipbook.org, to start putting together your own animations.  Keep in mind, however, that Flipbook is really meant to create and animate a relatively simple molecular model.  It’s not meant to make very complex or cinematic quality animations, and for those, I would suggest looking into more standard 3D animation software, like Blender or Maya.

Are there any future plans for Molecular Flipbook?

We were fortunate to be awarded a NSF grant to develop Molecular Flipbook.  We’ve received a ton of feedback and have lots of ideas of how to make Flipbook more useful for different users, and are actively seeking funding to continue Flipbook development.

You can find more information about Dr. Janet Iwasa and her work at http://biochem.web.utah.edu/iwasa/

I am a molecular biologist in California with a passion for science communication. I believe our world can benefit from science if there was a better connection between scientists and the public. I am passionate about communicating science to children, science visualization and 2D/3D animation.
September 8, 2016/0 Comments/by Yasinee Rotratsirikun
https://crastina.se/wp-content/uploads/2016/09/flipbook_featured.png 684 845 Yasinee Rotratsirikun Yasinee Rotratsirikun2016-09-08 08:26:162016-09-29 00:06:39A new way to visualize molecular models with Molecular Flipbook
0 replies

How to create clear and attractive graphs/illustrations?

EvoKE 2017 – bringing together stakeholders for public understanding of...
Scroll to top