Drawing is not an archaic skill; it is an essential part of the modern scientist’s toolkit. From enhanced observation skills to correlation with professional emminence, the once-ubiquitous skill of scientific sketching is as relevant in the digital age as it was in the Renaissance. Science communicator/illustrator Bethann Garramon Merkle explains why. 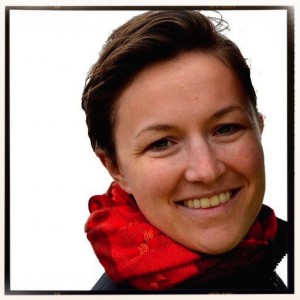 “The description of species and the study of biodiversity requires hand-wrought illustrations,” affirms E.O. Wilson.

This is not new age-thinking.

Humans have been drawing to record and represent the world around us for thousands of years. The fountain pen and graphite pencil predate compound microscopes and telescopes, all of which scientists used to draw what they observed and invented. Maria Sybilla Merian discovered insect metamorphosis by drawing tropical insects in exacting detail. Leonardo Da Vinci was equally obsessive scientist, inventor, and draftsman. His masterful artworks were contingent upon scientific knowledge he gained from drawing human anatomy and other natural forms.

As Robert Root-Bernstein eloquently describes, artists have invented/refined techniques and ways of thinking which spawned a host of technological advancements: pixels, geodesic domes informing virus research, building computer chips, and the nuances of modern camouflage among them.

Paleobiologist Anna K. Behrensmeyer writes, “Drawing what you see is more powerful [than photography for learning] about spatial patterns and relationships.” African ecologist/artist Jonathan Kingdon finds numeric tools insufficient and that drawing overcomes cognitive constraints imposed by photography. Debora Simmons[iii] further contends, “If you look at photography, it’s representing what is. And we’re trying to get people to see beyond what’s there, to think about what’s possible.”[iv]

Root-Bernstein, a physiologist and creativity researcher, found Nobel Prize winners are 15 to 25 times more likely to be skilled and productive in a fine art, crafts, performance art, and literary pursuits. He qualifies this data by noting previous research shows Nobel laureates do not possess greater IQs, and the average scientist and the average member of the public are similar in terms of artistic interests.

“If you think you can’t draw, think again. You are no more a born artist than chef or mechanic,” affirms John Muir Laws. Thomas Henry Huxley insisted drawing was essential to scientific observation. Science illustrator/instructor Jenny Keller details an explicit list of reasons why field scientists in particular should learn, practice, and incorporate drawing into their workflow.

Not incidentally, there is an extensive body of research/practice underscoring the value of drawing incorporation in science instruction at all age levels. Stand-out examples include Felice Frankel’s Picturing to Learn, Rhode Island School of Design’s STEM-to-STEAM initiative, and art-science instruction by teachers such as Harry Weeks, Larry Clark, and Bill Dennison.

John Lembach argues, “Today’s problems require creative solutions. Creative solutions require imagination. Art can stimulate the imagination and so develop that which is creative in individuals. We are thankful to science for making it possible to live longer, but what do we live longer for? Under what conditions do we live longer? The creative in art can make the longer life worth living in terms of quality. Art is not a frill.”

Charles Darwin himself acknowledged the importance of drawing, saying,: “From not being able to draw, and from not having sufficient anatomical knowledge, a great pile of MS. which I made during the voyage has proved almost useless.”[v]

[i] Snow’s hypothesis, that the arts and sciences worked in isolation from one another, popularized the notion. However, Snow’s book in no way advocated for the separation he observed in these sectors. Indeed, he argued against this compartmentalization which severed the historic connectivity between the arts and sciences.

[iii] Simmons is one of Polfus’s collaborators and director of the Sahtu Renewable Resources Board.

Bethann Garramon Merkle is an award-winning artist/communicator fascinated with science and sustainability. She focus on illustrations that don’t obscure how ecosystems work and editorial projects that connect readers’ everyday lives to the natural world. Her work can be seen in numerous publications, including American Scientist, Montana Outdoors, and publications which syndicate her Drawn to the West column.

She is particularly passionate about teaching researchers, teachers, and the public how to incorporate drawing into work and lifestyle. She embraces visual communication projects such as photography for Parks Canada or leading sketching workshops for scientists at Harvard Forest and the annual meetings of the Ecological Society of America.

Swedish students inspire children to explore science in their book about Inga...