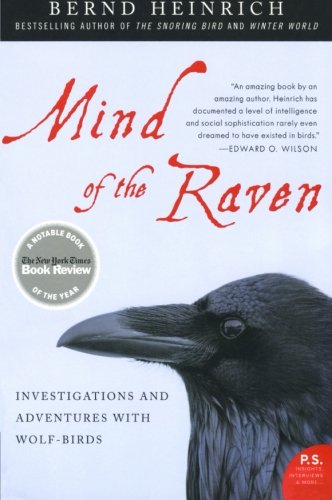 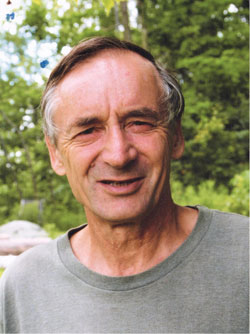 Perseverance, extended observation and attention to detail–these are three foundation pillars of the career of  Bernd Heinrich, professor emeritus at the University of Vermont. As a scientist, one of his big research interests has been the physiology and behaviour of both invertebrates and vertebrates. In addition, he is also the author of bestselling, illustrated books in which he shares his reflections and observations about nature.

As B.G. Merkle explained in her Crastina Column of July, sketching and drawing is an essential part of the modern scientist’s toolkit. Bernd Heinrich is famous for his detailed drawings and paintings, both among scientific peers and readers of his books. Crastina got in touch for an interview.

As an introduction, the reading of this article from The Naturalist’s Notebook is recommended:
A Trip to Vermont to See Bernd Heinrich 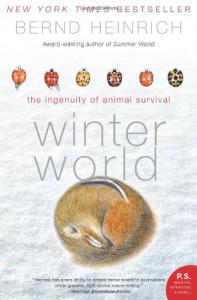 Dear Professor Heinrich: during which phase in your life did you learn to draw?
Not an easy question but an interesting one—one that presumes that I did learn (which I question) and that drawing is different from visualization. I think after the visualization—seeing clearly where the lines and the color needs to be—its mainly technical.

I was—though—very early fascinated by aspects of the natural world being somehow captured by people and put onto a page, where they seemed even more real than real, because they were arrested, and focussed. It started from having as a young kid having none of that so that when i did see it, it was mind-blowing.

We lived for years since I was 4 years old in this forest in northern Germany, and i don’t think i even saw a scrap of paper. I remember being fascinated by the patterns on the cast-off cigarrette packages that the British occupation troops sometimes dropped and I found—that, and the cellophane wrapping.

Then, when I was maybe 8 or 9, a couple of students from Kiel University dropped in for a visit. I remember their names: Rolf Grantsau and Werner Bachmann. (They both applied to be lumberjacks in Canada, but Rolf was too small and he ended up in Brazil and studied hummingbirds as an avocation). Anyways, Rolf did some watercolors (one of which I have), but the one I remember was of some wild boar. I was entranced, and he let me play with his watercolors, and I was collecting beetles, and he showed me pictures of beetles I had never seen before, and added one of those—of a stag beetle—to my “collection” in drawing (which I also still have). Then from somewhere I got a magazine showing paintings of ducks in a marsh—I had not seen either before—and it was a memorable experience, and a powerful one imprinting in my mind the value of being able to pretty much enter another world than the one you are in, or amplifying and really seeing the one you think you are in.

But to your question! Ever since that first stag beetle, i have simply dabbled here and there, pretty much to just get into the nature of the thing because it fascinated. It seemed creative, like preserving something exotic, beautiful, and fleeting. There is no way I could ever do it as well as I saw it being done, but I could try and dabble in it. And did. There was nothing more than that. 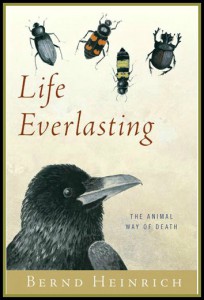 In which ways have you used drawing and sketching in your scientific work?
For many years it was peripheral because I was dealing with concepts, and I did no drawing at all. But then, for example when I was working out the mechanisms how bees regulated their body temperature I needed to make diagrams of the anatomy. There was no way words would suffice unless the process–which in the mind is a moving picture–cannot be arrested into parts or snapshots. Almost any science has visual aspects–Watson and Crick’s model of how the DNA works first had to show what the DNA is, and for that they made a physical model; we see it as a picture. It’s the same, I think, with almost everything. I would ideally have made physical models of the anatomy of my bees, preferably with moving parts, but the best I could do is make a picture, and describe how the parts move.

Just in the last year I became fascinated by the behavior of Iris flower opening, and have a paper in press in the Northeastern Naturalist on that topic, which I illustrated with a watercolor picture. At the time last year when I submitted this I still had a lot of questions about the physiology of this behavior, and in the meantime i think have figured it out (last month). I found myself making pencil sketch after pencil sketch to try to “capture” what I saw, in the various stages. Then I did experiments, and to tell about the results had to present them in visual form so that the reader will “see” what I’m talking about. I now have a draft of the paper, and it has five line sketches. Without knowing the anatomy, any reader would necessarily be totally clueless.

Which advice would you give to a young person who wants to develop the ability to stay focused in a world where we are heavily “diverted by the extraneous”?
I don’t think I’m good at giving advice. I have not often taken it myself and therefore come out the better for it! Still, I have taken other advice.

The thing is, it’s hard to say what is “extraneous” except in retrospect. And I have been on the whole anything BUT focussed—while at other times focussed intensely and for a long time. There is no conscious effort of doing one or the other.

But if I were conscious about it i would say ranging widely helps to garner all sorts of possibilities—the best of which are likely otherwise to be neglected—and the variety allows judgement to work out the better options, that then can be focussed on, but all the while still open to various possibilities. It starts with interest, and ends with interest that become refined. Best to start out casting a wide net, before trying to grasp the fishes. 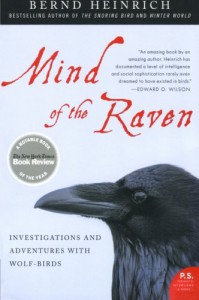 You mentioned in an interview that you are sceptical to technology as techniques keep getting obsolete. Which set of traditional tools do you recommed to a young scientist who wants to extend his/her drawing skills?
I’m not skeptical of technology as such. I have been extremely thankful of technology that alowed me to do/see what would otherwise have been totally unfeasible. It’s just that I had thought I had to start by learning certain technology before even starting to become interested in solving problems—like learning all about paints before starting to paint.

The latter might be ok, because paints hardly change, and what they are used for also. But in science its way too fluid. As to art and drawing skills—I started with a Nr 2 pencil and watercoloring set. I’m still stuck with those. I wished I had learned more.

Professor Heinrich has also been a very sucessful ultra distance runner and holds several records in different age divisions. (Click on image for an article.)

The art of drawing/sketching is very much connected to the art of observation.

a) Are there any apparent alterations of human perception if we observe something during a long time without being distracted?
Yes, totally–our perceptions change with closer observation. We see what we know, and we know more and more as we assimilate more. I find myself having to look again and again at something I think I see, but when I look away it fades and I don’t see it well enough to draw, and have to look again, etc.

Let’s say that you gave a sketching class to early career scientists in the forests of Maine. Which would be your foremost advice to the students?

OK—well, I don’t think I would assign them to draw this or that. I think I would say: “Go out into the woods, see what you can find, and if there is something you’d like to keep—as a memory or a thing—then draw that!” 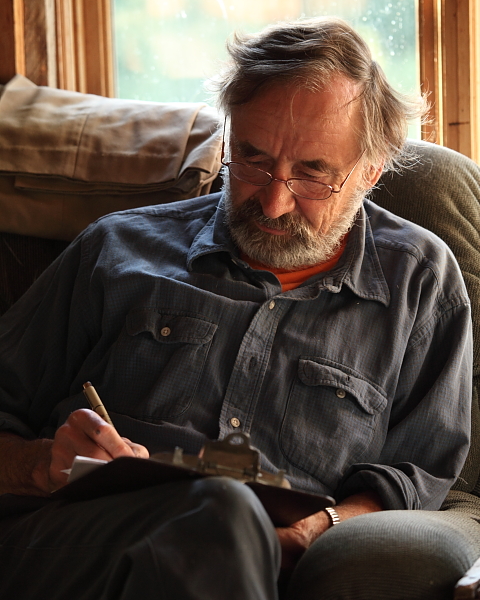 In 2011, Bernd Heinrich was portrayed in a documentary by Jan Cannon. (Click on photo for more information and trailer.)

Beer loving academics out there: unite with #academicswithbeer!