At some time or another, each of us will have been touched by cancer in some way. Whether we have had cancer ourselves, or it has touched a loved one or acquaintance. In fact, in 2018, it is estimated that 9.6 million people died from the disease, making it the second leading cause of death worldwide. Accordingly, there is a lot of information online about cancer. Much of this is based on fact and much on untruths. Therefore, it is important to separate the two. Here we speak to Lisa Whittaker, Research Engagement Manager for a charity called Tenovus, based in Wales, UK, to try and demystify the common myths associated with this disease. 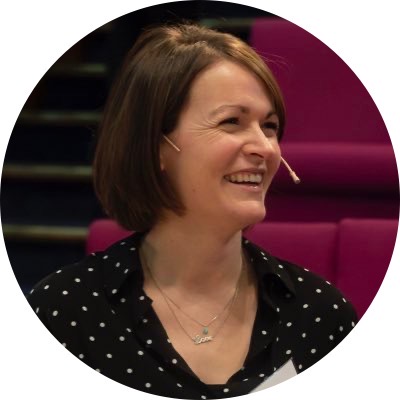 Hi Lisa! Can you tell me a little bit about your role and the work of Tenovus?

Tenovus Cancer Care is a Welsh charity which funds cancer research in Wales and provide a number of support services for people affected by cancer (more below).

Personally, I work in the research team. My role as Research Engagement Manager is to support all those people we fund, predominantly PhD students because we strongly believe in investing in the future of cancer research. To offer them some training/support with public engagement, with getting out there and sharing their research in accessible and interactive ways.

We believe, if we can do that right, then for us as a charity, it will encourage people to continue supporting the work that we do and enable us to fund more research. Public engagement allows 2-way conversations giving people a chance to ask questions and really give our supporters to see where the money is going and what it is funding. It is a huge benefit to academics and researchers as well.

It is great that Tenovus are really trying to bridge that gap between the researchers and the “general public.” It is what is missing a lot of the time in science.

It is brilliant that all this amazing research is going on, but if people don’t have the chance to engage with it, influence it, and find out more, then I feel that is only half the story. Lots of people have been touched by cancer. I have met a lot, both professionally and personally, and I think it is important that they know what is going on and the breakthroughs being made.

The whole point of today is about demystifing science and clearing up misconceptions and ideas about science. As you are from Tenovus it would be good to talk about the mysteries surrounding cancer. Do you have any favourite myths or misconceptions that you have heard about?

There are loads of them. I think the really interesting thing for me with all this surrounding cancer is that, in my experience, there is usually, not in all cases, an element of truth or an element of accurate information in there that has been distorted. I think that is the most confusing thing for people: what is the truth? That’s what we do as a charity. Where we see something out there in the public domain that is inaccurate, we try to find an accurate source whether it is from our own research or someone else and direct people to that. Encouraging people to view trusted sources for their information.

I thought long and hard about a myth I would like to bring up and one that I’ve picked is one I actually fell for and is particularly common at this time of year. It’s about sunbeds and the use of them. At this time of year, we see the use of sunbeds rise. People want to look good, have a good tan for going out to their Christmas parties. It is something the charity campaigns against. I used to think that sunbeds didn’t damage your skin and that a light tan was beneficial and actually protected your skin somehow. It is so not true. It is completely false. I put my hands up I used sunbeds a long time ago. The information out there was misleading and actually this is a problem for people as they can lead to skin cancer. This is why we need more legislation around their use and more understanding of them. This would go a long way to help. I just thought I would start by holding my hands up and saying that I have fallen for one of these myths.

It’s great for you to be so honest. When I was looking around at cancer myths, one of the most prominent seemed to be “Is cancer contagious”?

No. In a word, no. Cancer is not contagious. As I said, it is always hard to have a blanket answer that applies to everybody. There is a tiny, tiny risk around organ transplants. If someone receives an organ from someone that has previously had cancer then there is a chance, but this is why we try not to transplant organs from someone who has suffered from cancer and why we take a very thorough history. This eliminates the risk. Talking of things being contagious, it is important to talk about things like HPV, and the fact that some cancers are caused by viruses, which can be spread from person to person. It is important to be clear here. It is the virus that is being passed on and not cancer. This is why it is important to have the HPV vaccine and for people to be aware and practice safe sex. But to answer the question, cancer should not be thought of as contagious.

I’ve heard a lot about this and wifi. No. Not according to research. Mobile phones do not cause cancer. Cancer is caused by mutations in our genes and, according to research, low level frequency energy that comes from mobile phones does not damage our genes directly. The number of mobile phones in the population has increased significantly and so have their usage. If you look at the data directly then from the 1990s to now, the ownership of mobile phones in the UK has increased 500%, but the incidence of brain tumours (which people would more strongly associate with mobile phone usage) has only increased by 34% so by comparison you would expect that increase through better detection of the cancer and things like that. The radiation transmitted from mobile phones is very weak and it isn’t enough to damage our DNA, which would lead to cancer. 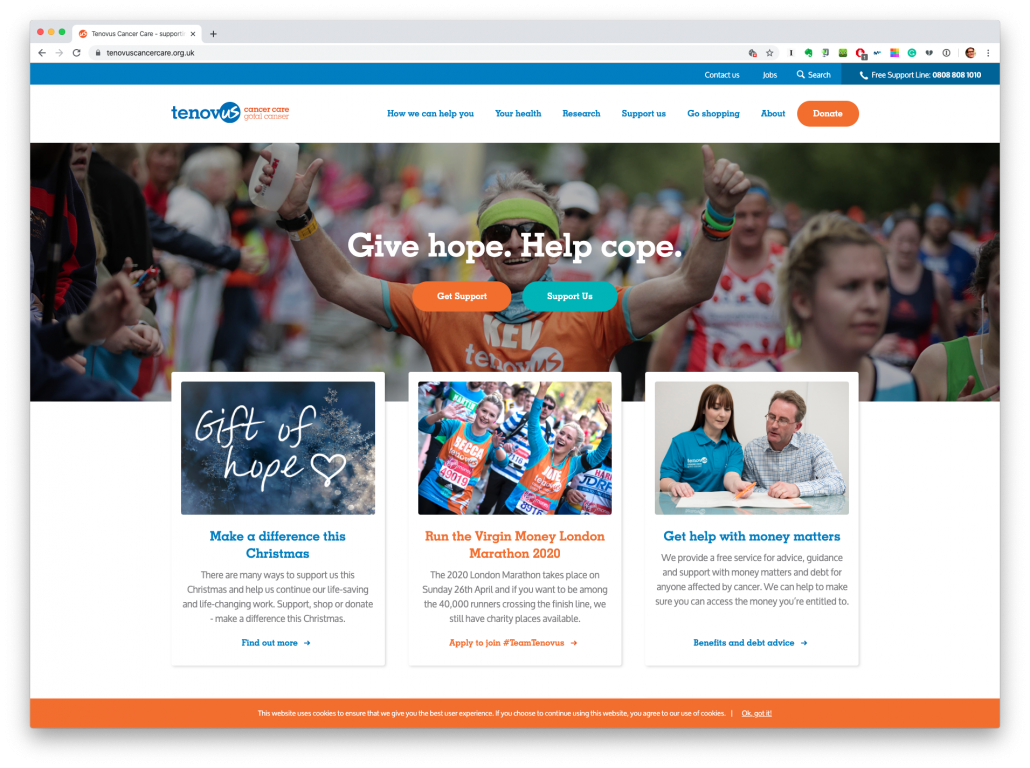 It is very interesting that the incidence of brain tumours doesn’t correlate with mobile phone usage because you would think that this was one of the things you would look at before populating these myths.

So another thing that is popular at the moment is the so called “super foods.” If a food stuff isn’t a super food now then it probably will be in 6 months time. A lot of people think that health supplements and these foods can cure/prevent cancer. Is there any substance to this myth?

Again, there isn’t a huge amount of substance behind this from a research perspective. Again, let’s be clear it is important that we eat healthily and eat everything in moderation. So a lot of the super foods, like blueberries, are very good for us, but the picture here is really complex. It is unlikely and research doesn’t point to any one food/super food having a major influence on our cancer risk. It doesn’t mean they don’t play a part, but we can’t say that we can put all our eggs in one basket. It would be wrong to say that one food or health supplement could do this. It is all about a healthy diet and it would be wrong to have someone putting all their hopes on one food/health supplement.

There is the other side of the coin. There are people who thing that sugar makes cancer worse. That it makes cancer grow faster. Is there any link between sugar and cancer?
There are some studies that say some cancer cells consume more sugar than normal cells, making them grow out of control. However, no research has shown that having sugar in your diet cause your cancer to grow faster or that cutting sugar out of your diet will cause your cancer to shrink. The is no evidence to suggest this. The answer is the same as for the super foods question, it is all about having a healthy, well-balanced diet. All cells in our body, normal or cancerous, use glucose for energy, but this doesn’t mean that eating sugar/chocolate/cake is feeding cancer cells.

So the take home message from those two questions is “maintain a healthy, balanced diet.”

We continuously hear on the news about the next potential “cure for cancer” but we never seem to see them in the clinic. People seem to think that the government/pharmaceutical companies are keeping them hidden from us.

This one comes up a lot. It is a real shame that people think that. But there are interesting facets to that question. When we talk about a miracle cure, I don’t think people realise how complex cancer actually is. There are many different types of cancer so the chances of one cure is unlikely. The flip side is that if a cancer drug was found that would make lots of money too. At the end of the day, people working for the government, pharmaceutical companies, and even charities, don’t want people to suffer, and the likelihood is these people have also been touched by cancer in some way. I honestly don’t believe that there are cures that are being hidden away. In the UK, there is a postcode lottery when it comes to treatment and I do believe that everyone should be entitled to access the treatment that is best for them. I think that is something that we need to address and money plays a part. Going back to the miracle cure question, I honestly don’t think there is a miracle cure, but I think we should make people aware of the advances maybe we don’t see. A supporter was speaking to me the other week. His 2 brothers had the same cancer. One had it as a young man and died very quickly. His other brother had it later in life and the treatment options are far more and the outcome is far better. He can see how far cancer research/treatment has come. I don’t think this is always obvious for people to see the advances, the number of options, the support networks. We have come a long way. We still have a long way to go, but there are brilliant people out there doing a lot of fantastic work and dedicating their lives to halting this terrible disease.

Tenovus Cancer Care is a Welsh charity. It was started by 10 men in 1943. That is where we get our slightly unusual name from – Ten Of Us. Initially, these 10 men came together to do good in their community and raise money for a number of different causes, but in the mid-1960s they decided to focus on cancer because it was one of the biggest killers after the first world war and they opened the Tenovus Institute of Cancer Research in 1967 and that decision has influenced and informed the charities decisions from then right up until today. Tenovus funds cancer research in Wales and provides a number of support services for people affected by cancer including a support line, mobile treatment units that go right across Wales, sing with us choirs, which are pretty amazing, and a course called Activate Your Life which is based on  mindfulness and coping and is one of their newest services.

The Coolest Science Merchandise of 2019
Scroll to top