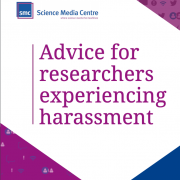 Advice for researchers experiencing harassment is a useful guide for science researchers who experience trolling, abusive emails or other acts of hostility from people who represent extreme views.

Especially if you’re a professional in a field that attracts controversy (vaccination, climate change, radioactivity, animal research, etc.) you may be the target for harassment. The organization Science Media Centre, supported by Taylor & Francis, recently published an updated version of their guide for researchers on how to deal with such situations.

Crastina got in touch with Sabina Alam, Director for Publishing Ethics and Integrity at Taylor & Francis, for some email questions. 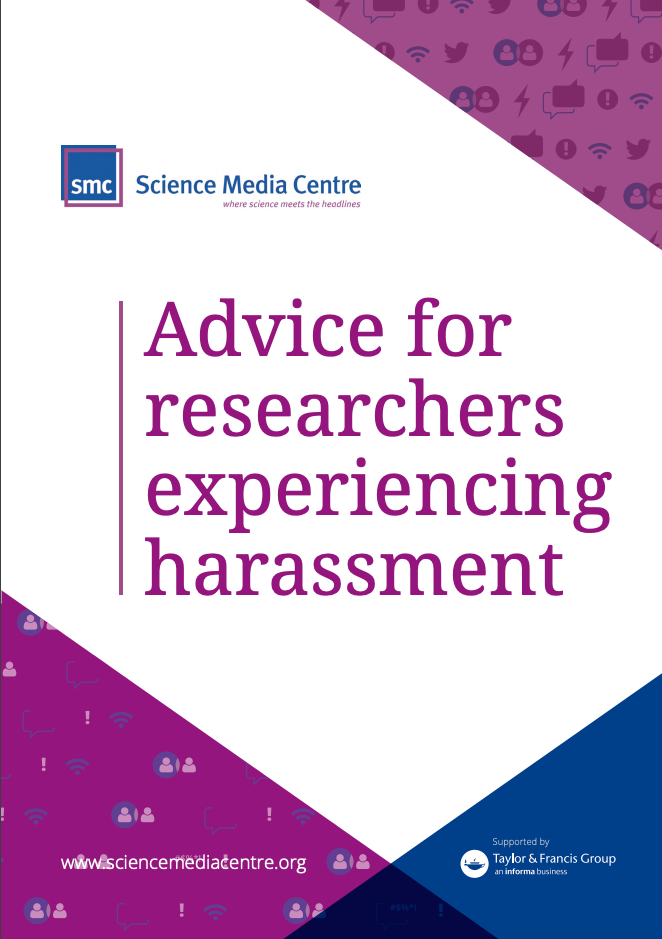 Hi Sabina! Please tell us a little about the guide offering support and advice to researchers experiencing harassment.
Researchers sometimes find themselves in an unfortunate position of having their research findings represented as something negative or suspicious, or face accusations from people who don’t agree with the nature of their research. Researchers can sometimes find themselves confronted in person by accusers, but another form of harassment has been growing via the internet/social media platforms. One of the reasons for this is it’s easier for accusers to hide behind aliases, or to spread misinformation to gather support from others.

Researchers, therefore, need to be supported in how to deal with the situation if they find themselves on the receiving end of this and it’s important that we support them in this by providing some practical tips. One thing the guide points out is that those with extreme views about the research are often part of a minority with a loud voice, whereas supporters of the research are part of a silent majority. It’s important to keep this in perspective.

When was the initiative to produce the guide taken, and why?
The guide has been available for a few years now, and we’ve always found it a really helpful resource to direct researchers to. However we’ve noticed a significant shift recently in the types of concerns researchers have, and the way that harassment can quickly escalate and spin seemingly out of the individual’s control or influence.

The common factor in all of this seems to be the increased use of social media as a channel for open discussion and debate about research. This has a lot of positive benefits of course, with researchers able to disseminate and connect with readers about their research from their own desktop. But equally this accessibility means researchers can be on the receiving end of direct and personal harassment in a form that just wasn’t so immediate in previous years. We feel it’s important to acknowledge this and make sure that guidance is available which equips researchers to better prepare if they find themselves in this position.

Please give some examples of typical situations of the kind which the guide addresses.
Researchers using animal models as part of their studies, or involved in areas of potentially controversial research (e.g. gender studies, politics, vaccine research, CFS/ME, climate change etc).

How can the research community act to protect its members from these kinds of situations?
Training for researchers should be provided regarding how to communicate their work, including how to recognise risk and manage hostile/leading questions. It’s also important to support researchers in keeping perspective to ensure they communicate with the whole research community rather than just taking a defensive stance against those who are harassing/accusing them. Keep the debate scholarly and evidence-based and refrain from any personal attacks. Taking the higher ground is harder, but will save a lot of additional problems down the line.

Please give three pieces of advice to the early career scientist who experiences harassment of some kind!

The Science Media Centre is an independent charity and company with a mission to ‘provide, for the benefit of the public and policymakers, accurate and evidence-based information about science and engineering through the media, particularly on controversial and headline news stories when most confusion and misinformation occurs.’

Let’s talk about cancer, separating facts and untruths – an interview with...
Scroll to top