Blog - Latest News
You are here: Home1 / Opinion & Reflection2 / There are no projects like side projects (Piotr Migdał, January 2015) 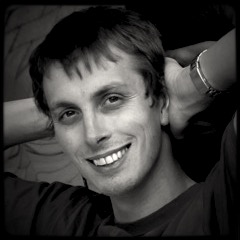 Piotr Migdał is a quantum physicist turned into a data science freelancer.

Piotr Migdał, data science freelancer from Poland, has a strong belief in side projects as these tend to support free thinking and serendipity. Everywhere he looks, side projects are associated with great stuff.

Albert Einstein, famously, started developing his ideas of space and time while working as a patent clerk. It was clearly not one of his duties. Yet, he pursued it, and made some of the greatest contributions to physics ever.

It’s not like most of science happens that way, or most side projects turn out to have a universal value. Yet, this style of doing things tend to support creativity and freedom [1], without peer pressure and premature evaluation. And we do need it, as only some progress comes from a planned agenda and buckets of money. Many key innovations were unexpected, or even unrecognized by their very authors [2]. By restricting ourselves to projects on topics already considered “promising”, we may strip ourselves of any non-incremental progress. (Personally, I prefer to call any incremental project with a reasonable chance of success “engineering” rather than “science”.)

You may think that a great idea always gets accepted [3]. Well, Bell’s theorem (now, considered a founding stone for quantum information) took time to get recognised. In John Stewart Bell’s times it was all about particle physics (energies, scattering amplitudes, calculating Feynman diagrams). His musings were considered a waste of time and something actively harming this career (he never got a professorship). In the first decade he was cited by hippies wanting to connect quantum physics with parapsychology, rather than by the scientific mainstream [4]. Who knows how many great ideas were lost, because of a less welcoming zeitgeist or weaker determination of the discoverer?

It’s not only academic research where freedom matters. John Carmack and John Romero, the creators of the computer games Doom and Quake (and the whole first-person shooters genre), had a lot of freedom in their work at a company. Yet, they decided to moonlight on their own projects (working all weekends without sleep, on a “borrowed” computer equipment) to accomplish their goals [5]. Even these lucrative breakthroughs were considered too risky for anyone but their creators.

As an (ex?)academic, I envy programmers of the open source culture (see e.g. GitHub), who dive into to projects not because they are being paid for them, or required so by their boss, or because they are crucial for their career advancement. They just consider the projects so important, or cool, that they choose to spend their nights with them.

Moreover, it is good to look at activities in which side projects are now the main route, rather than an alternative path. Most essays I admire were not written as a direct part of someone’s work. Almost all valuable blogs are de facto side projects. Furthermore, a fair share of science popularization activity is—or at least starts as—an addition to someone’s paid work.

If you have a great project, do moonlight. Don’t wait for better times, because they won’t come. Maybe you overstate the need of money, institutional support or social confirmation?

All of my best projects were side projects. And yours?

[1] Isaac Asimov, On creativity – How do people get new ideas? (1959)
[2] Ludwik Fleck, Genesis and development of a scientific fact (1979), pdf
[3] Scott Berkut, The Myths of Innovation (2010); see The Ten Myths of Innovation: the best summary
[4] David Kaiser, How the Hippies Saved Physics: Science, Counterculture, and the Quantum Revival (2011)
[5] David Kushner, Masters of Doom: How Two Guys Created an Empire and Transformed Pop Culture (2003); see also as reviewed here: You Don’t Need Millions of Dollars – Coding Horror

5 TIPS #2: How to succeed as a fact-seeking interviewer