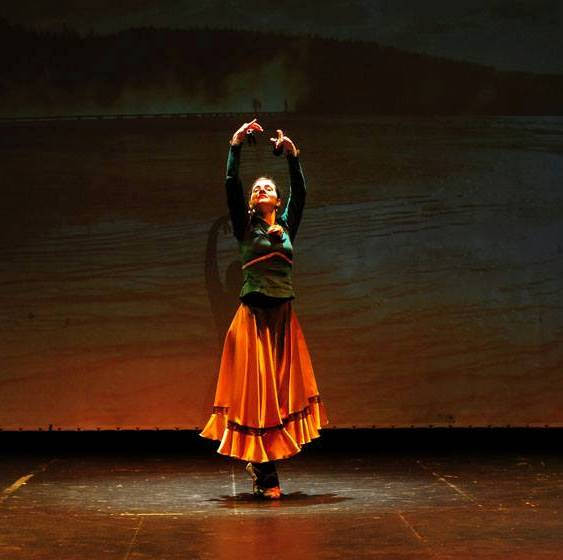 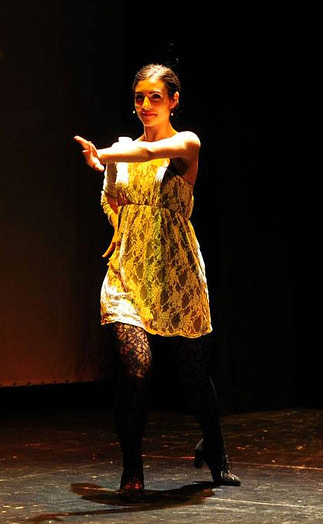 Under the theme Side Projects, Crastina portrays early career scientists who not only pursue a career in the academic world but who also have a life passion which has to do with communication in one form or another. (Se also interview with the musician Inari Kolu.)

Alicia Gonzaléz Martínez is a med student from University of Castilla-La Mancha in Spain as well as a skilled classical and flamenco dancer. Together with some friends, she formed a performace group called Ojos Venecia.

Alicia started dancing when she was 3 years old and she can still remember from those early years that she wanted to “own” a theater to perform at any time. Since then, she has been taking classes to improve her technique in classical and flamenco dancing. In 2010, Alicia and some friends founded a group called “Ojos Venecia”.

“By this time we had been studying music, dance, literature and theater for a long time, and we wanted people to become involved in these arts,” Alicia says.  “So we decided to combine all of them and create a group to show people what these arts look like! My role in the group is as the dancer and also the president of the non-profit association. I enjoy making new performances with the people in my group, I find it so creative and challenging.  I really believe that it is a great way to communicate what it is inside us.” 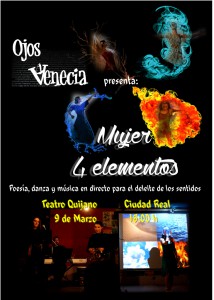 During the spring of 2015, Ojos Venecia presented a performance about the four elements.

Understanding where disease comes from
But Alicia also nurtured another interest: human disease. It began when she started to learn how the human body works. She didn’t just want to cure people, but also understand the underlying issues different treatments are trying to address. To Alicia, physiopathology is a core subject in medicine because it makes it easier to understand medical thoughts and treatments. In 15 years time, she can see herself as a doctor taking care of patients in the clinic. This role might include teaching young doctors, but also working closely with a laboratory department to develop new forms of care with the most recent medical knowledge available.

“Science is behind almost everything,” Alicia says. “I have always been really into researching new ways to treat human diseases and that is part of my interest in science. However, I do not want to lose contact with the patient in my role as a doctor or a researcher. I think that knowing how patients live through their diseases and how the diseases progress helps us better understand what is important for research to focus on. Bridging the gap between research and application to provide innovative care is what motivates me as a student.”

Dancer and doctor
She hopes to be able to incorporate dance into her lifestyle as well. As a matter of fact, she can imagine herself as the director of a university dance group performing about science or medical problems.

“In my experience, I have found both science and dance to involve creativity and resilience,” Alicia says. “Science and dance involve trying new ideas and being able to persevere through failure until you succeed. I have also found that both  require skill and previous training. Another important aspect is communication because both are about connecting with the recipient. As a matter of fact, it was my background in dance that allowed me to realize the importance of connecting with the patient during my medical research.” 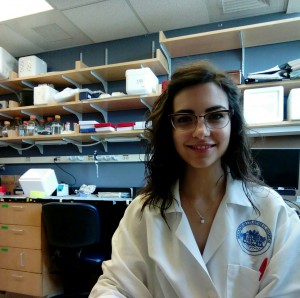 “Dancers do something really difficult, which is making people feel what we feel—but without words!” Alicia says. “I think that learning to communicate with the body is interesting for scientist because communication skills are a very important part of what scientists do.”

Dancing takes a lot of hours of training for a performance that can take 3 minutes. This makes dancers learn to be patient, work hard, enjoy not just the final moment, but also the way there.

“It allows us to understand that without motivation we cannot succeed,” Alicia says. “This way of thinking is also how a scientist should think. Behind the work of a scientist, there are many hours of failure in order to produce small successes. These successes would not be possible without enough motivation and commitment.”

Dancing also exemplifies the importance of the way in which information is presented.

“In dance, the most important aspect is how the audience understands the emotion conveyed by the dance. In science, similar to dance, the technique and skill of the scientist is important, but the way in which the scientist is able to communicate their results plays a central role in their success.”

A dancer’s advice to public speakers regarding …

• the entrance
We just have one opportunity to make a good first impression. In my opinion, it has to be creative enough to attract peoples´ attention, but the intensity of the presentation (dancing performance or power point presentation) should increase as time goes on.

• the body posture
Body posture is an important aspect of communicating information/feelings to people. You can convey self-confidence and calm by having good posture, speaking at a moderate speed, and keeping your eyes up. In order to communicate and connect effectively with the audience, it is important to make eye contact and use hand gestures only to emphasize speaking points.

• using the floor space
From a dancers point of view this is really important, but also for a single presenter of a presentation. You have to fill all the space, so it is a good idea to move around the room. That can be really difficult. In my opinion, only really good communicators can do this, but it definitely shows control of the situation.

• the body language
Dancing gives a lot of control of body language since it is the main way to communicate to the audience. Everything including your hands, your arms, the expression of your face, and your body contact, are important when dancing and when communicating information to people. I think that it is a good practice to record how we perform when communicating, so that we can see ourselves present and improve each time.

• the exit
As the take home message, after a performance or a long presentation with a lot of information, we need to give the audience a final step or idea. It has to be smart, clear, creative and connect to an emotion which makes people better remember what they just learned. The first and the last piece of information conveyed in any presentation will be the most remembered parts for the audience. Therefore, as a presenter, it is important to make a powerful entrance and exit.

Bernd Heinrich, scientist and artist: “Our perceptions change with closer...

Amanda Montañez: “Cajal is an icon in the field of scientific drawing”
Scroll to top