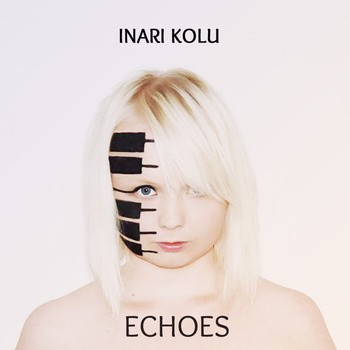 Here at Crastina, we have a weak spot for side projects. In a series of interviews, we will present some young scientists who not only pursue a career in the academic world but who also are passionate about a side project—which has to do with communication in one form or another. Our first interviewee is Inari Kolu, Finnish genetics student at the University of Glasgow, who is a singer-songwriter with a newly released debut album. 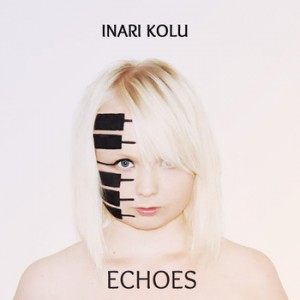 Inaris debut album Echoes is available both from Spotify and iTunes.

Knowing that time is precious for multi-talented people, Inari Kolu never lets it go to waste. Last summer, she wrote new songs in the lab while waiting for the DNA gels to run during a summer research school.  When August came, she had enough material to go into the studio. Her debut album, Echoes, was released in november 2014.

“Most of the raw creative work I do comes from sitting in front of a piano and engaging in the dangerous activity of expressing my emotions. And that’s where my interest in music lies,” Inari says. “Often music touches people in ways that exposes their rough core and makes them vulnerable, pulling them away from rigid everyday routines and thought processes. I love the fact that the notes that I play leave me with the intended emotions attached to them, but are often interpreted differently by the listener due to their personal experiences and emotions. In a way, music allows me to feel more alive than I ever could with just words.”

Double career
Inari Kolu, genetics student at Glasgow University, began playing the piano when she was five years old and her family stayed in Japan. She started writing and perform her own songs at 15 when she lived in Finland. During her final years of high school, while living in India, she faced a dilemma which is more than familiar to a lot of people: do I follow the creative route of a struggling musician or do I look into something more secure?

On one hand, she was good at biology, chemistry and maths, and—as she puts it—”spent more time perfecting myself in them than I would recommend”. And she loved Punnet squares.On the other hand, she was recording and doing gigs outside school—even making some money out of it.

“Surprisingly, I dropped out of high school music half way through”, Inari says. “I didn’t like the study of music which includes listening to pieces and analyzing them, I was so eager to just play and get my emotional chaos out there!”

In addition to that, genetics and its future in personalized medicine, GM crops and forensics started really interesting her. As university application deadlines started creeping in, she found a Genetics BSc course in Glasgow, with thousands of opportunities in music outside of school. To her, it felt like a good fit.

A recent performance by Inari with George Giannakopoulos (in Finnish).

Determination and blind belief
Inari sees two important similarities between science and music: they both need determination and blind belief in yourself. It is apparent that they both are very competitive fields with success seen in light of the final result, i.e. the new song or the new knowledge. But to Inari, the real magic is making your experiment controls finally work, or finding musicians that share your creative ideas.

“Science seems so logical, like it has a direction,” Inari says. “But when we are looking at research, it’s more like finding new creative ways to poke a stick into the dark, hoping to find a Nobel prize. Music seems so creative, like it has endless possibilities and freedom to express. But as an independent artist, it’s more like having enough direction and determination to beg to have your music heard.”

Another parallell that Inari points out is that both areas revolve around ideas, although there is still an inherent fear of communicating them between colleagues.

“The more I’ve opened up to sharing my ideas in science and art, the more I’ve come to understand the vast amount of talent people around me have, and how that can aid in the making of music or understanding of science,” she says. “Finally, science and music are both really exciting due to the interactive qualities of it. The more you research, the more biology tells you. The more you compose, the more of life you experience.” 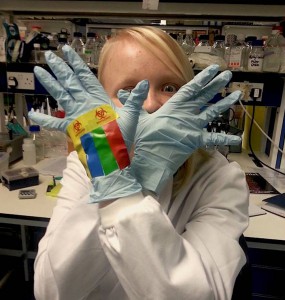 Another day at the lab, in self-designed Power Rangers biohazard gloves.

Changing world
In fifteen year’s time, Inari would like to see herself pursuing whatever feels true to her at that moment. Right now, she can picture herself being a consultant in personalized medicine helping treat patients as individuals through and from illness responsibly. On the other hand, our world is developing fast and dynamic with regards to genetics, making it hard to know what the future will look like.
“Who knows what kinds of opportunities will be out there?“ Inari says. “What I’ve learned from my short work experiences until now is that it isn’t so much about what field you’re in, but more about the skills you’re using. If the skills you’re using everyday are those that you enjoy and bring out the best of your abilities, then you’re much more likely to enjoy what you do but also succeed in ways that will also benefit others. I’d like to do what I love, in the ways I love.”

Three things that a young scientist can learn about communication from a musician!

There are no projects like side projects (Piotr Migdał, January 2015)

Scientific Sketching—amazing artwork in the bio labs of IDIBAPS, Barcelon...
Scroll to top