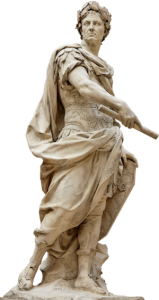 ”Science should not be an autocratic club only accessible to those with a BSc after their name.” Julius Caesar, legendary autocrat – not a great scientist, though.

Science should not be an autocratic club only accessible to those with a BSc after their name. Our society is shaped by scientific research; so, like other elements of our society, everyone should have a say in the path scientific research takes in the future.

Ever wondered at a night sky? Or, how antibiotics work? Do you really know what climate change is? And, more importantly, is it actually happening? Understanding science allows us to understand and appreciate what goes on around and inside us. Science should be celebrated and enjoyed by all. Yes, it is up to the scientific community to dig the mine of discovery, but the fuel of knowledge and understanding that is recovered should be shared. It is up to the scientific community to distribute this wonder through effective science writing.

Two different genres
The aim of science writing is to generate interest in an audience towards a topic that they are not necessarily familiar with. Scientific writing – within the scientific community – is the complete opposite; usually, you are writing for an audience that is as, if not more, familiar with your particular area of research than yourself. The two require a very different approach.

For science writing to inform a more general audience, it has to attract attention. To do so, a catchy or bold title is often used. Scientific writing, in comparison, is a lot more measured. Rarely, are scientific publications given a flamboyant title or introduction. The scientific publication documenting one of the most significant discoveries of the last century was given the title: ‘A structure for Deoxyribose Nucleic Acid’ – a science writer might be tempted to replace this with ‘The secret of life, discovered!’ This cautious approach is not only applied to the title and introduction, but throughout the text of scientific articles.

Trust vs. creativity
Caution is adopted in scientific writing in order to maintain trust. Writing and publishing scientific papers is how scientists present themselves to the rest of the scientific community. If a scientist includes bold statements that aren’t backed up by strong evidence, then their scientific audience will start to doubt not only what they are writing but also your research findings. Consequently, effective scientific writing requires statements to be heavily referenced and absolute.

Science writing allows more room for creativity, whilst letting go of some of the detail. The reason science writing can let go of some of the detail is that its audience usually doesn’t need or want to know all the detail. People can still develop an interest and appreciation for something without knowing the full details. If people want to find out more they can use additional resources to pursue their interest: in which case, the job of that piece of science writing is done. Scientific writing has to be detailed. With scientific writing you are trying to demonstrate to your peers that you know as much, and hopefully more, about your area of research than they do. Again, it is about trust. If other scientists think you know what you are writing about, then they are more likely to believe your own research findings. 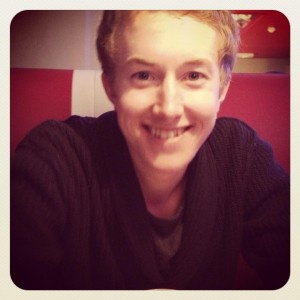 James Beggs, PhD Student at the University of Southampton, thinks it is vital that academic researchers stoke up interest from outside of the scientific community as well.

Generating interest in research
Complex words are unavoidable in scientific writing, but should be kept to a minimum in science writing. Science – or rather the process it is trying to understand – is complex. With the discovery of an increasing number of cellular, chemical or astronomical processes come new words to describe them. Science is not unique. Economics, music, art and sport all unveil a new lexicon when studied close enough. Having an extra vocabulary of protein names is useful when one cancer researcher is trying to indentify to its scientific audience that they have found a particular protein to be involved in cancer; however, a general audience should not have to have a degree in cell biology to develop an appreciation for what such a discovery might entail. It is the job of the science writer to translate these complex areas of science into pieces of writing that general audiences can understand and enjoy.

James Beggs is a PhD student in Biological Sciences at the University of Southampton and has also started a career as a science writer.