Web based Advent calendars seem to become more and more popular, and they come in a multitude of flavors regarding themes, content and form. Here are some of the (more or less) science themed calendars of 2016.

This is an active crowdsourcing page – please send suggestions to olle@bergman.com. 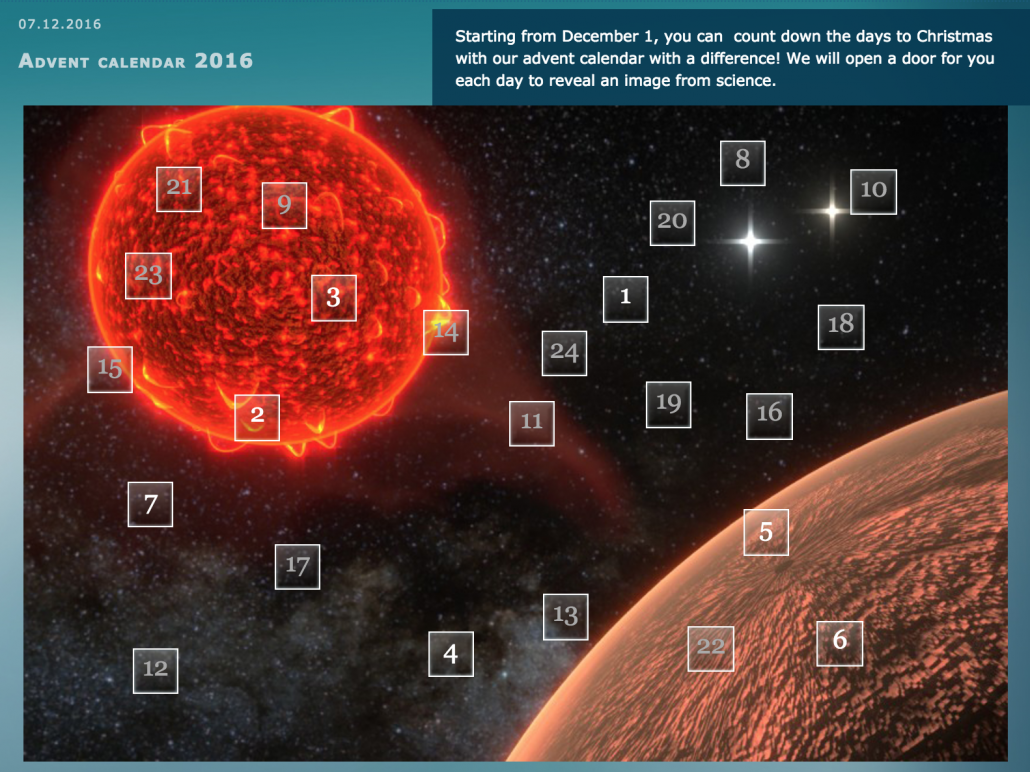 Thermodynamics: The 2016 advent calendar (The Royal Insitute, UK)
Great brushup for people who didn’t pay enough attention during the classes about the fundamental rules of our world: the four laws of thermodynamics. ENGLISH 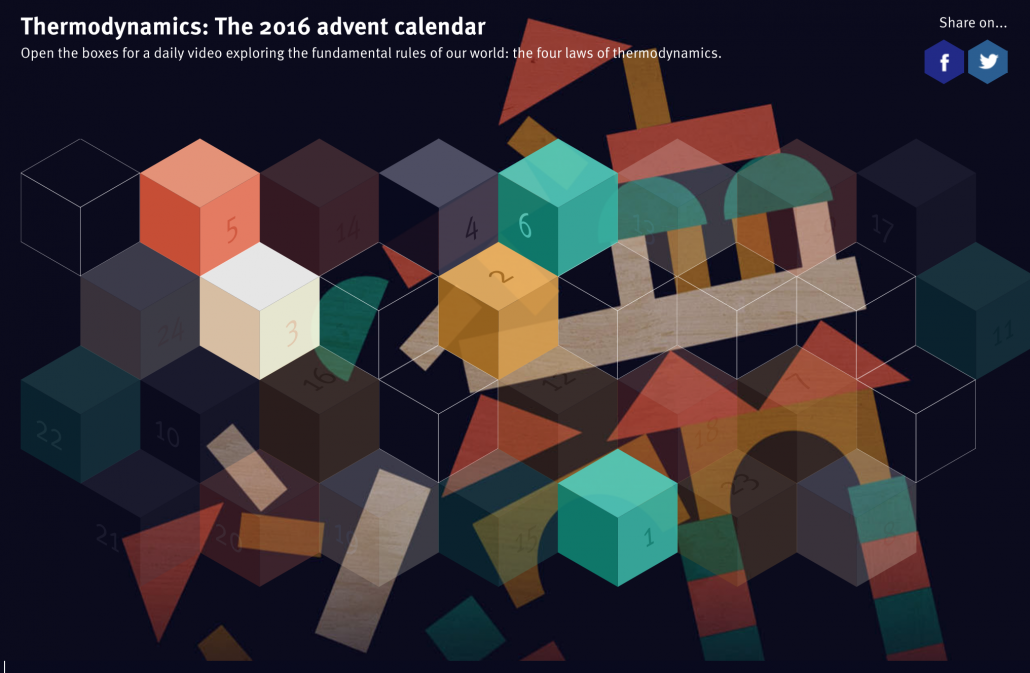 Physics in Advent (Deutsche Physicalishe Gesellschaft, DE)
A competition, based on 24 experiments that are presented to young researchers and anybody who enjoys things like this. 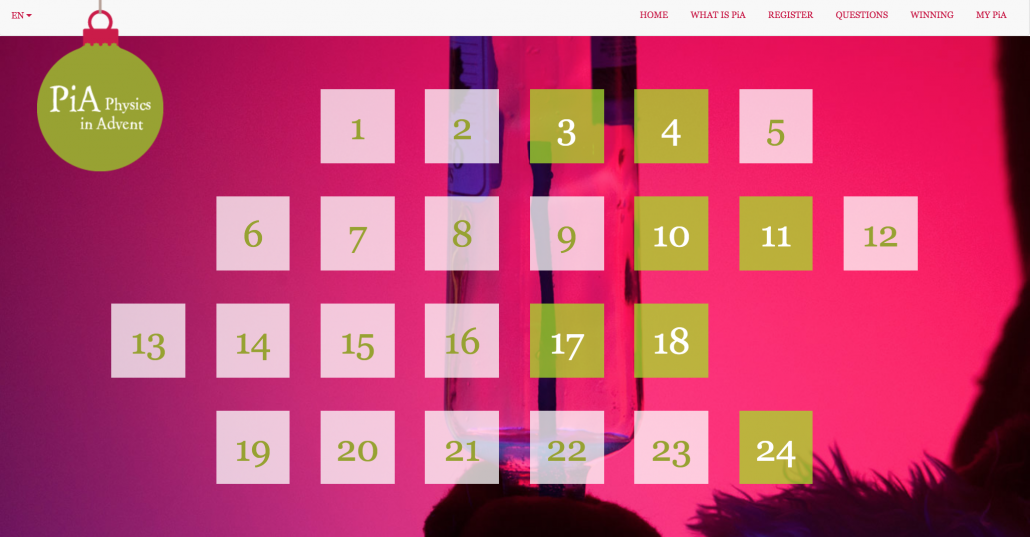 2016 Hubble Space Telescope Advent Calendar (NASA, US)
One image of our universe from NASA’s Hubble telescope every day. ENGLISH

The 2016 Great Geoadvent (Geological Society of London, UK)
“Expect the usual range of tales from the archives, history, tenuous links between geology and Christmas, youtube forays and terrible punning …”. ENGLISH

The 2016 Daily chart advent calendar (The Economist, UK/US)
Highlights of The Daily chart: the 24 most popular maps, charts, data visualisations and interactive features of 2016. ENGLISH

Acknowledgements: Thanks to Malin Sandström for the idea.

Women of Science engages people about the lives of female scientists.