Do you have a hard time finding your focus and motivation when you struggle with your tasks as a communicator of science? Why not do to like Eva Amsen – science writer and communicator from London – and her colleagues: organize some Coworking Mornings? “It can be surprisingly productive to work in the presence of others who are also working,” Eva says. 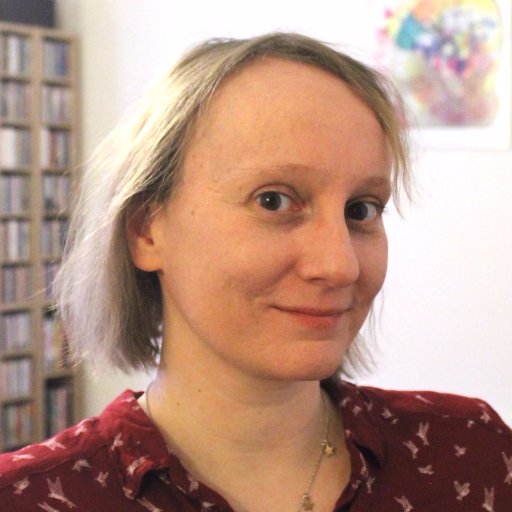 Hi, Eva! Please tell us how the idea was conceived to organize coworking mornings for SciComm people.

Since last autumn I’ve been working full-time as a freelance science writer and communicator. To get out of the house and spend some time working around other people, I started occasionally attending a writing group. At those events, people sit around a large table and work on their own writing projects. I found it very motivational to work like that, but when the morning ended and the group shared what they had been working on, I was always the only person who had been writing about science. Even though the group is very welcoming, I thought it would be nice to work around other science communicators.

That’s when I decided to set up SciComm coworking mornings. It would immediately put everyone on a common ground where the whole group knows that we’re all doing something related to science, and nobody has to feel out of place. We’ve had one of these mornings so far, and it was very productive. It’s not just for writers, either. Anyone who has a few hours of science communication work to get done can join.

Where and when are they organized?

I’m trying to make this a monthly event for the moment. The next one is August 21st at Rotate, a coffee shop in London. If there is a lot of demand, I might have them more frequently.

What’s happening during a coworking morning?

Most of the time, people quietly work on their own laptops, with a really useful, because it gives you something manageable to achieve in the time you’re there. Sharing that goal keeps you accountable, especially because there’s another check-in at the end of the morning, where everyone has a chance to say how they did.

What do you think is the main motivation for people to attend events like this?

It can be surprisingly productive to work in the presence of others who are also working. I originally set up the SciComm coworking mornings with freelancers in mind, because I personally found it difficult to stay motivated at home some days. But there are other science communicators who benefit from this as well. For example, many science communicators are researchers but find that nobody else in their research group is interested in outreach or engagement projects. For them, it can also be very motivational to spend a few hours surrounded by other science communicators. And even though we mostly work, there is time before and after, or even during a short break, to chat with the other people there and make some new connections.

I should add that London is not short of networking events for science communicators. Every month, dozens of people attend the excellent London SciComm Socials, which are very much geared at people who want to make new connections. The many institutes and societies in the city also regularly host workshops, talks, receptions, seminars and other events for science communicators, but there wasn’t really a structured way to get together in the same space and just get some productive work done. That’s what I’m hoping the coworking mornings will add to the busy science communication community in London. 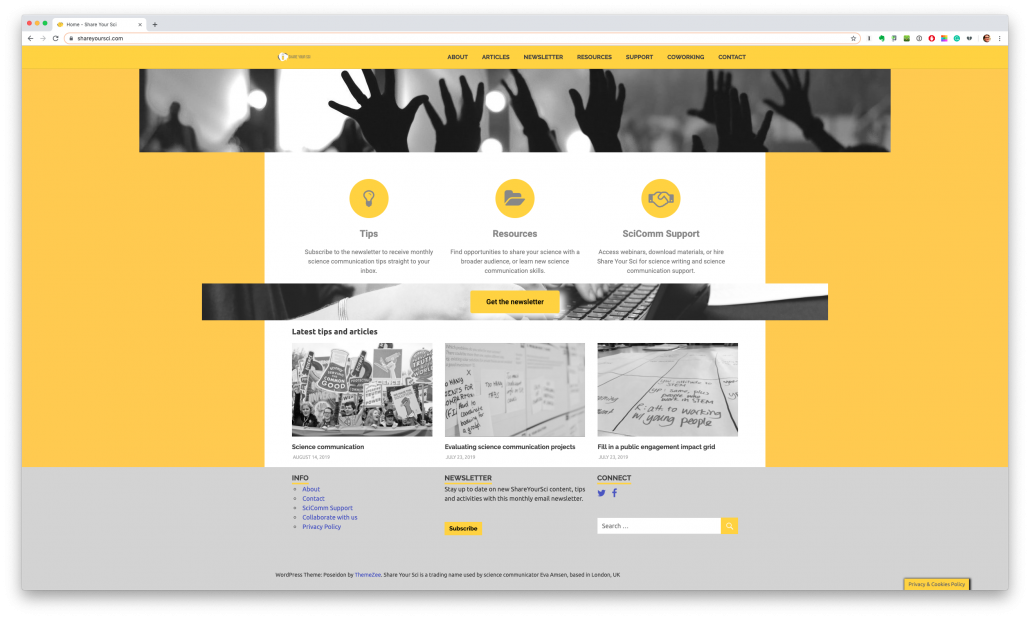 Please give three pieces of advice to professionals in e.g. SciComm, Science & Tech who want to try something similar!

I’ve collected some tips on the coworking page of the Share Your Sci website, aimed at people who want to set up a similar event.