[CRASTINA SHORTS] Life as an academia is described in a very special way by Donna Yates, at the School of Social and Political Sciences, University of Glasgow. The formula is quite simple: a set of Research Institute Lego, Twitter, professional experience – and a lot of humour and wit. 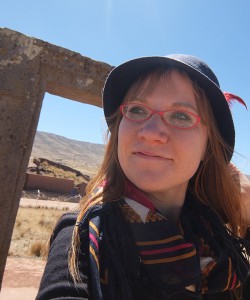 1. Tell us a little about @Lego Academics!
Well, they are a group of researchers who deal with the joys and sorrows, the trials and tribulations, the ups and downs of life as an academia. They all just happen to be female (because, of course, a female scientist should be a totally normal thing). They also happen to be made out of Lego.
2. Why should this concern me as a young scientist?
Well, first, sometimes you just need something light and funny to look at during a long day.That aside, the foundation that the LegoAcademics rest on are two related ongoing conversations in academia:1) how are women in academia represented/treated/supported; and 2) how do we make sure female children are given as much opportunity to enter into all academic fields as male children are. As a set of toys that encourage both boys and girls to picture women as scientists (and not as, I don’t know, proprietors of pink puppy hair salons for the pets of runway models), to normalise that idea, this set of Legos seems to straddle both discourses. These discussions are critical for the future of science and research and all scientists (both female AND male) should be participating in them.

3. Give three pieces of advice to the person who wants to create a viral hit in social media!
1. Don’t be afraid to try out an idea, even if it is silly. If it flops, no one will notice so nothing lost.
2. Silly ideas should, though, have some substance. Make sure you have an underlying theme that you care about or else you just end up wasting your time.
3. Be positive. Always. Ultimately what you do online will have an effect on how you are seen offline. Don’t post anything that you wouldn’t want your boss/manager/PI/Supervisor to see.

This is the first text in a new format here at Scientia Crastina: three short questions to someone who has expanded the field of science communication or scientific communication.

Donna Yates started @LegoAcademics in early August 2014 and it quickly became an Twitter success with more than 30 000 followers a month later.

Taking the temperature—about one of mankind’s most important communication...

Andreas Møgelhøj, The Geek That Speaks: ”My dream is to create a tech talk...
Scroll to top