For many years Poland has experienced human capital flight, or “brain drain”. But this process is slowly becoming balanced by ”returnees”. The networking and communication skills of young members of the Polish scientific diaspora has played a crucial role. Joanna Bagniewska, zoologist and science disseminator, explains how. 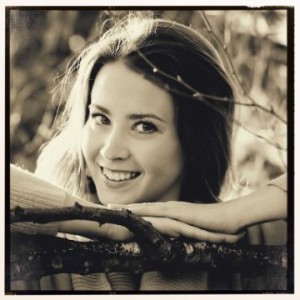 Oxford University, crowds of scientists mingling during a poster session. Mathematicians get excited by animal migration, zoologists discuss nanotube properties with physicists, and biochemists talk about extrasolar planets. What brings researchers from these diverse fields together? What do they have in common? Surprisingly enough, it’s not their research topics or institutional affiliation – it’s their nationality. They all come from Poland, a country, which, like many others, is experiencing human capital flight, or “brain drain” – the migration of highly skilled, well-educated individuals in search of better opportunities.

Four years ago young Polish scientists from Oxford and Cambridge, aware of this problem, decided to start a conference strengthening the diaspora of Polish researchers, and their links with Poland. Science: Polish Perspectives (or SPP for short) showcases top quality research, connects young Polish scientists working abroad, and discusses Poland’s future in science and technology. Each autumn 200 or so Polish scientists from all over Europe, most of them PhD students and postdocs, gather at either Oxford or Cambridge to listen to TED-style talks from a range of scientific disciplines. Apart from budding scientists there are also keynote speakers of notable grandeur, such as CERN’s President, Prof. Zalewska, or the leader of graphene growth research, Prof. Baranowski. The national focus gives the participants a sense of unity, although non-Poles are always welcome to attend as the event is held in English. In just four years SPP became not just a conference, but a community – of young, dynamic, outgoing researchers, passionate about their work and their roots.

The SPP format was picked up by Prof. Janusz Bujnicki of IIMCB, a guest at SPP2014. He liked the idea so much, that he became the driving force behind Polish Scientific Networks, SPP’s sister conference. This event, which will take place in Warsaw mid-June, aims to encourage Polish scientists working abroad to establish research groups in Poland, and to develop and foster collaborations between Poles from abroad and from the homeland. This is what Bujnicki calls “turning brain drain into brain circulation”.

Even though Poland has been slow to recognise the potential of its scientific diaspora, it recently unveiled several attractive grant programmes for “returnees” and foreigners, in the hope of drawing in excelling applicants and boosting the quality of Polish research. The SPP community, a centralised hub for Polish researchers abroad, can pinpoint their needs, while at the same time advertising the opportunities in the labs at home. Some Poles already chose to return – and while the differences in academic cultures don’t always make returns easy, these researchers will pave their way for others and form a support network. They will also draw on their previous connections to open Polish academia to more international projects. Hopefully soon we will witness a move from the source-sink model to a more bi-directional, horizontal exchange of ideas.

Dr Joanna Bagniewska is a zoologist specializing in behavioural ecology and invasive species research.  She obtained her MSc and doctorate from Oxford University’s Zoology Department. Currently she works as a teaching fellow for the School of Biological Sciences at the University of Reading.

In 2014 she won FameLab Poland, a science communication competition for researchers, and went on to receive the Alumni Award in the international finals of the event. For the last two years she has co-organised the popular science conference “Science: Polish Perspectives”; she took part in the theatrical Science Slam, gave a talk at TEDxWarsaw, and does science stand-up comedy for Bright Club Oxford and Science Showoff.