The great paradox of the information society is that it tends to separate us from each other: our online communication becomes more and more intense, but it seems that we spend less and less time in the same room. David Schultz, Professor of Synoptic Meteorology at the University of Manchester, mourns the slow death of the traditional university seminar. Is something precious getting lost in the process?

The Crastina theme of August 2015 will be the noble art of getting together in a room and exchange knowledge, ideas and business cards. 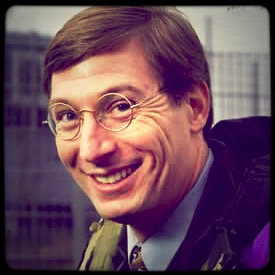 When I reminisce about the educational experiences that most prepared me for a career in academia, attending the weekly seminar series was one of the more important influences.

Throughout my career, I’ve had the opportunity to be a part of such seminars at a number of different universities and research laboratories. Being exposed to the visiting scientists from outside our university, seeing other approaches to science, and having my mind expanded beyond my own research interests all served to prepare me for the academic career that I have now. After many of the seminars, debate would occur in the hallways or in the pub, inspired by the provocative talk given by the speaker.

Most of the academics or researchers would attend, even the busiest and most senior ones. Students were expected to attend. As people left their offices to go to the seminar room, those who were still in their offices typing away at their computer were eyed suspiciously, wondering what was so important that they would miss THE event of the week.

Years later, the importance of seminars to my academic development led to me organizing the seminar for two different periods at my former research laboratory. During the first period (2000–2002), we kept a regular schedule, attendance was high, everyone loved the donuts, and the seminar was one of the highlights of the week at the lab. When I spent some time away from the lab, someone else ran the seminar for the next two and a half years.

When I took over the seminar series again (2005–2006), I was given a budget to bring in invited speakers, which I used to highlight both established scientists and underexposed early career scientists. I still kept up the regular weekly seminars, but now a well-attended seminar was much harder to achieve, even for invited speakers. I thought that something had changed, but I now recognize that it was around this time that many seminars at different places around the world were experiencing the same thing. Whether it was my visits at other universities or attending my local seminars at some of the other affiliations that I have had since 2006, I noticed that attendance was not as high as in the past. There was less of an effort for individuals to leave their office and attend a seminar.

As the amount of my free time has been winnowed away by increasing responsibilities, I find it difficult to attend seminars, even on topics that I find interesting. Interesting is simply not a strong motivator anymore when I have emails to answer, papers and grant proposals to write, and meetings to attend. What’s worse is that I see my students and postdocs adopting this same attitude of only attending the most relevant seminars. No longer is supporting the school’s seminar series enough. Even among our undergraduates, students forced to attend research seminars often did not see the point and viewed it as a waste of time.

Perhaps because of nostalgia, I am saddened by this slow death of the hour-long seminar. Whether the cause is our increasing busy-ness, the lack of interest in topics directly of relevance to our own research, or our ever-decreasing attention span, these seminars are just not as vital to the health of an academic unit anymore. While many funding bodies encourage interdisciplinarity, one of the already-existing mechanisms to inspire cross-discipline interactions is becoming increasingly irrelevant. Is there anything that can be done to arrest its eventual demise? Or, should we let the seminar die and replace it with something else?

David Schultz is a Professor of Synoptic Meteorology at the University of Manchester. He is the author of Eloquent Science: A Practical Guide to Becoming a Better Writer, Speaker, and Atmospheric Scientist, blogs at www.eloquentscience.com, and tweets at @EloquentScience. He teaches an online course “Earth: Its Climate, History, and Processes” at Coursera.

Anna Ajduk, brain circulator: “One of the key words in present-day science...

Atomic Size Matters–a doctoral thesis in comic book format
Scroll to top
We use cookies to ensure that we give you the best experience on our website. If you continue to use this site we will assume that you are happy with it.Ok