For Randy McIntosh, Scientist at Baycrest’s Rotman Research Institute and Professor at the Department of Psychology, University of Toronto, music is both a passion as well as something that supports his intellectual work as a scientist. ”Music is so integral to who I am and what I do, I need to find time to play, almost every day,” he says. 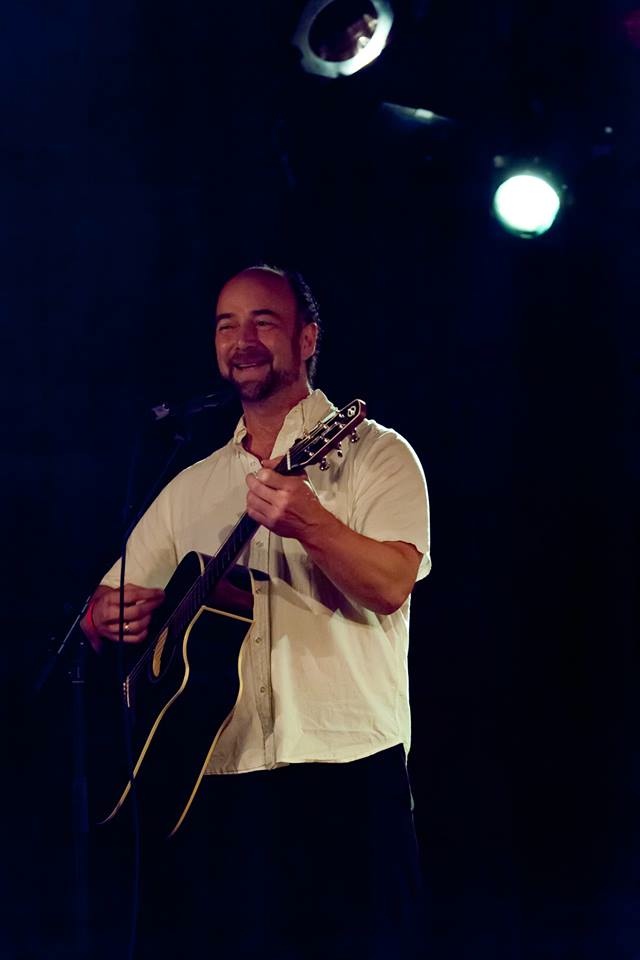 Hi Randy! Tell us a little about your background as a scientist and the activities at the McIntosh lab.
I was trained in psychology, focusing mainly on brain and behavior, and got a minor in statistics (which also helped get a consulting gig as a grad student to help cover living costs). Since those days, I have been blessed with many great students, postdocs, and tech staff who have helped build a solid lab.

I would say that my lab covers a decent span of disciplines, from psychology to computational modeling and psychiatry. Much of the work revolves around construction of models using TheVirtualBrain (thevirtualbrain.org), to help understand brain network dynamics in health and disease.

Tell us a little about your life as a committed amateur musician.
I’ve been playing guitar since I was 12 yrs old. Like other kids around me, I wanted to be a rock star, so this was my chance.  I discovered after a few years that it’s not so easy. There were many who were much better than me, whether because of raw talent or because they put in the time, or some combination, I didn’t know.

I continued to play sporadically, but it stayed with me. I did play less through my postdoc and as an early researcher because I thought I didn’t have time. Oddly enough, as I progressed, it became even more important to play despite being busier than ever.  I even started weekly voice classes about five yrs ago to improve my singing. In the past, music was a nice hobby, but I think now it’s so integral to who I am and what I do, I need to find time to play, almost every day.

Do you find that your music skills and interest help you in your life as a scientist – and vice versa?
Oh most definitely. Music is, in part, about appreciating patterns.  I learned these patterns: for example, what chord progressions work, which ones do not, and from this foundation, start exploring others. To me that’s how improvisation happens – you have a foundation and start exploring from there, and in the process may create or see something new.

In neuroscience, once I get a framework established, like dynamical systems theory for instance, I start appreciating how aspects of the brain really embody this framework. I see strong parallels between the process of discovery in science and musical improvisation. But maybe that’s just me. 🙂 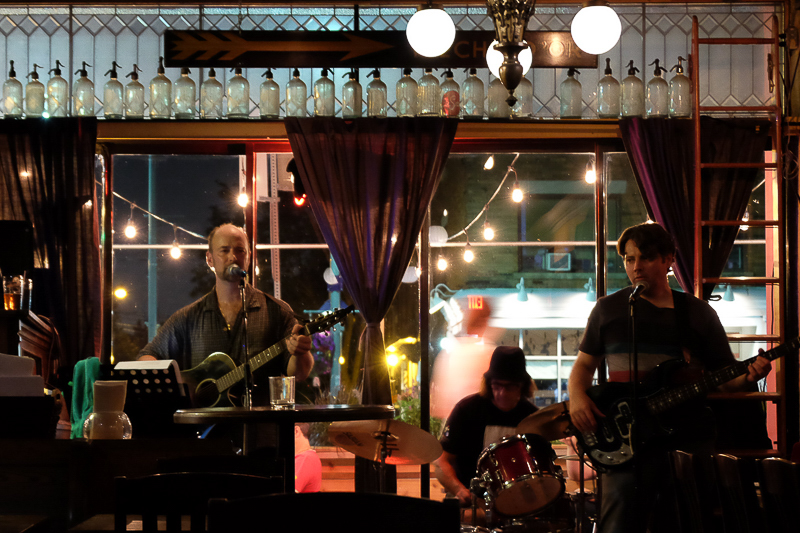 If you had a research grant for exploring the intersection of neuroscience and music – what would you choose to investigate.
I already do actually! One thing about music is that it has a definite temporal structure and – if there are multiple instruments – a spatial structure.  So, there is a flow of music that if you mess with it, the piece loses its appeal. Our brains also have a rich spatial and temporal structure. In fact, there are levels of this flow that are vital.

In music, a piano and a singer play off this flow in changes in the evolution of one in conjunction with the other. A slower progression in the piano part, for instance, can completely change the colour of the vocal piece. In the brain, similar sorts of dependencies happen where changes in the timing of the flows between areas change the cognitive operation.

We are exploring these flows in the brain as someone listens to music. The theory behind this, by the way, is from dynamical systems and is called Structured Flows on Manifolds, that my close colleague Viktor Jirsa introduced (https://www.ncbi.nlm.nih.gov/pubmed/28595045)

On Twitter, you presented a wonderful quote by the Canadian musician Gord Downie who tragically passed in cancer lately. Do you think his plead can be implemented in the scientific community?

“Let’s watch more dance. Let’s read more poetry. Let’s see more art. Let’s sing more songs. You know, get out to the rinks one night a week for God’s sakes. Just be okay with that, be okay with expressing yourself and expressing yourself means risk and risk means vulnerability. And all of that is okay. Art never killed anybody. And you know what? As painful as it is, art never ends.”
– Gord Downie (As heard on the Strombo Show, January 1, 2017)

There are many scientists who feel the line between art and science is either blurry or absent. For them, finding the time to let go, watch, read, listen, sing, dance or play something is a part of their persona. The plea from Gord needs to be considered by those who see a big wall between art and science. Sure the outcomes of art and science are different, but the process to get there is really very similar.  Allowing them to co-exist inside you is magical. 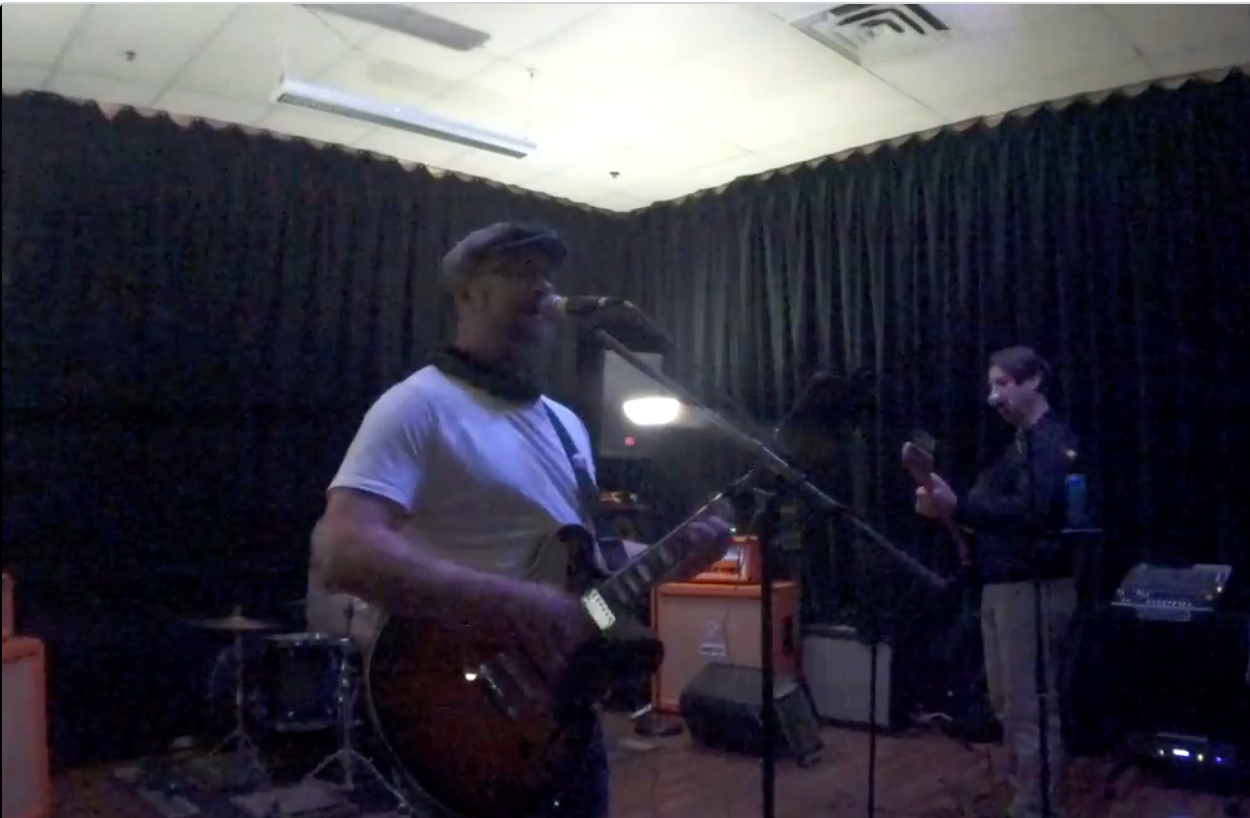 Video: All Along the Watchtower

Finally: give three pieces of advice from your musical experience to an early career scientist who wants to become a more effective communicator.