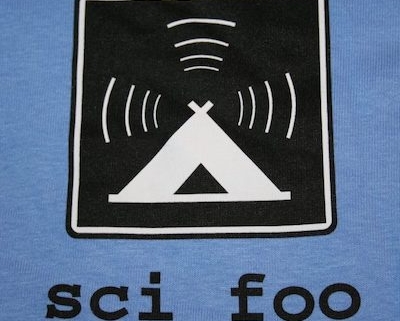 Science Foo Camp is the Holy Grail of yearly scientific conferences – inspiring, enlightening, a bit mysterious and only for the chosen few. Every August, 250 scientists, influencers, and thought leaders are especially invited to the Google HQ for a weekend of intense intellectual interaction, with the main focus on science and tech.

This is – after a hiatus due to a tough workload for the crew – the second article in the Crastina theme Alternative Conference Formats. Read also Many conferences don’t offer time for informal interaction by Lina Eklund.

The British astrophysicist Lord Martin Rees has called it ”Woodstock of the Mind”. Simon Garnier, a biologist from New Jersey Institute of Technology, described it as “a thrill – one of the most stimulating science experiences imaginable.” In August every year, a motley crew of 250 intellectuals from e.g. science, tech, business, NGOs, and the performing arts meet at Google headquarters in Mountain View, California, for Science Foo Camp – or Sci Foo for short.

The event is described by Wikipedia as having  “no predefined agenda, instead attendees collaboratively create one from start to finish the first evening, with little if any boundaries to what can be discussed.” Behind the event stands the book publisher O’Reilly Media (FOO = Friends Of O’Reilly), Digital Science, Nature Publishing Group and Google Inc. (More background below.) 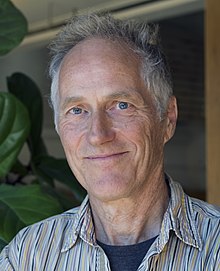 We got in touch with some of the masterminds behind this unique event: Tim O’Reilly and Sara Winge from O’Reilly Media and Cat Allman from Google.

Hi guys! Please tell us a little about how it works.

TIM: We start by curating a list of interesting invitees. We don’t have a lot of programming in advance and ask them to make up the program at the event. This forces people to mingle and puts a premium on interaction rather than prepared presentations. There’s a lot more about this online.

What is the most important feature of the Sci Foo Camp concept?

CAT: Just one? I’d say the bringing together of people from wildly different fields. Life, especially academic research, can be so intellectually isolating. Sci Foo is a chance to bring the perspectives of people you would never meet professionally to bear on a problem or question. We craft the invitee list specifically to encourage productive connections to form in the most unexpected ways.

How come Google has chosen to co-host this event? 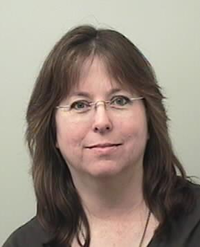 CAT: We volunteered because we love science – as individuals and as a company. Who could pass up such an amazing opportunity!

Tell us about the Chatham House Rule and how it was used during the (early) events.

TIM: We don’t actually follow the Chatham House rule, which allows you to disclose what was said, but not by whom. Instead, we use something we call “FrieNDA” (that’s a riff on the Silicon Valley NDA or “non-disclosure agreement.”)

My explanation of FrieNDA goes something like this: “You can be frank and open with your friends because if you tell them something is off the record, you expect them to honor your confidence. So assume courtesy. Ask before you quote anything controversial, and if you say something you don’t want to be repeated, be sure to let people know (even after the fact.)”

What are the three most important results from 12 years of Sci Foo Camp activities?

CAT: It’s hard to pinpoint specific outcomes. Books have been written, research collaborations with funding have been formed, teams to tackle big problems (such as resurrecting extinct species) have been built – plus friendships founded and at least one marriage has resulted.

TIM: One specific that comes to mind is the formation of Planet Labs (now planet.com) the micro-satellite company imaging the surface of the earth every day and providing low-cost imagery and real-time intelligence for tracking the environment and industry. The idea was hatched at an early Sci Foo. 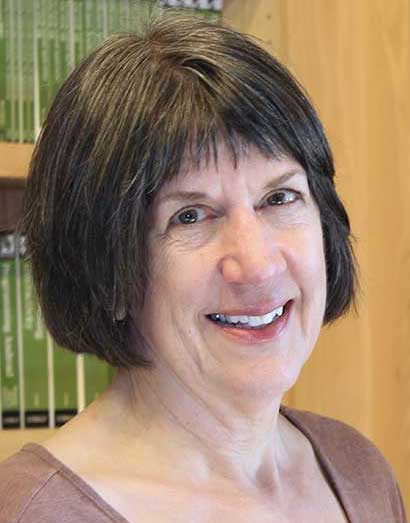 SARA: To build on what Cat said, the goal and tenor of Sci Foo is closer to “let a thousand flowers bloom” than a VC-ish “find the next unicorn.” So it’s mighty tough to pick the three most important results. Plus, our focus has been on connecting and inspiring people who are doing important work, figuring that they will do more of it after coming to Sci Foo. This quote from a past attendee says it better than I can:

“Sci Foo has had a large impact on my life. Some fraction of that impact is in conventional ways: contacts made, new ideas, and so on. But the main impact isn’t in any specific intellectual way. Rather, Sci Foo is important at some deeper emotional level. Most attendees are accomplished professional scientists. Most got into science for very idealistic reasons. But the workaday life of a professional scientist is, for the most part, filled with very practical (often careerist) concerns. Sci Foo seems very well designed to reawaken the wonder that got people into science in the first place and to bring that wonder to the surface. So it’s emotionally renewing in a way that most professional events aren’t.”

That said, one specific result I remember gladly was a collaboration between two Sci Foo alumni (from different years – we connected them) who were doing innovative work on low-cost prosthetics.

What is your favourite Sci Foo Camp moment?

CAT: There have been some fascinating sessions that stick in my mind, most especially when geneticist George Church and the then head of NASA Research co-led a brainstorming session on how humans might survive deep space travel. The group generated a very practical, “paper and pencil” list of factors to consider with innovative potential remedies to lethal factors in less than an hour.

As to a moment in the Sci Foo “process”: I find looking around on Sat evening at all the people gathered together exchanging ideas in lively or intense conversations to be deeply satisfying. I respond to a lot of pre-event concerns and insecurities from new attendees who are anxious about participating, I suspect because as the non-famous organizer I’m approachable. Experiencing people who questioned their value and/or the event mechanics relax into the experience and enjoy themselves never gets old.

TIM: We set up the sessions during a pen and sticky-note session at big schedule boards. There’s a bit of a scrum as people try to get their sessions into preferred time slots.

I still remember one delightful moment when Sir Martin Rees, at the time the Isaac Newton professor of Physics at Cambridge University and the Astronomer Royal of Great Britain, jostling his way through the crowd of unwashed graduate students to get his session on the board, with a look of glee on his face. He loved the informality of it, and so did the people literally rubbing shoulders with him.

Another great moment was with Adam Summers explaining how he became a scientist. We actually recorded a video of him talking about it (along with a bunch of other SciFoo interviews.) You can find it here. The story is priceless.

SARA: I’ll never forget standing next to journalist Steven Levy as he zoomed through a pre-release version of Google Earth on a large, immersive display (inevitably nicknamed “the holodeck”). Like most people, he checked out his neighborhood, zooming down onto his block in Manhattan and then his apartment. A voice behind us said, “That’s my building!” and we turned to see Danny Kahneman. Turns out they’d lived down the hall from each other for 10 years, but it took Google tech and an in-person gathering in California to discover that fact.

After we launched the first Foo Camp in 2003, the following spring I was meeting with Timo Hannay (then the online publishing director at Nature) at the Bioinformatics Conference we produced together. Linda Stone, who’d been at Foo Camp, proposed we do something similar for science, and suggested that I ask Larry and Sergey if they’d host it. I wrote immediately to Larry and Sergey and Eric, and all three answered within minutes that they’d be glad to do so. It worked out even better than we had imagined, and we’ve continued the annual tradition ever since.

The original Foo Camp was the result of an ongoing conversation between me and Sara Winge, O’Reilly Media’s VP of activism and public policy.

The dotcom bust had struck right as we (ORM) had moved into our new office campus, and as a result of layoffs, we had a lot of empty space. We’d brainstormed about holding events there, but nothing came of it until one day in early 2003, when Sara came back from a meeting with the Sebastopol planning department and said, “I floated the idea with them, and they said ‘Yes’!” She took it from there.

We were originally just thinking of a campout, fun event – a party for all of the “Friends of O’Reilly” (people who didn’t work for us but were helpful in various ways) – but Sara turned it into what it became. That background is necessary, because Sara is the one who designed the event. She was influenced by Harrison Owen’s “Open Space” methodology.

Catherine Allin: “Science and Music Are the Same Aspect of You Coming...