“It is time to seriously start experimenting with visual narratives!” says Matteo Farinella, neuroscientist and science cartoonist. Farinella is convinced that comics can evolve to a powerful tool for science communication as it is the “perfect format to obtain the balance of entertainment and clarity”. 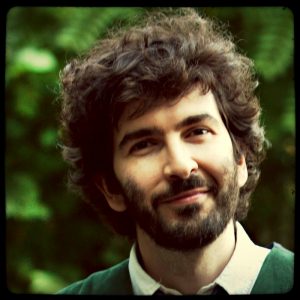 Visualizations such as diagrams, maps and illustrations have always played a central role in science education and communication. However, comics and other forms of visual narratives remain mostly unexplored as a tool for popularizing science.

Sure enough there have been notable pioneers, like Larry Gonick, who has been publishing his Cartoon Guides since the early 80’s but otherwise science comics really started to take off in recent years. Even then, the genre has been somehow burdened by its own history and the most successful examples (i.e. xkcd and PhD Comics) were initially tied to the ‘comic strip’ format, which is more concerned with delivering a punchline than communicating science. Similarly, following the ‘graphic novel’ tradition, the first long-form comics about science were mostly biographies of scientists in which the scientific content remained somehow in the background. In brief, science has interacted with comics only tangentially and I think the potential of the format remains largely untapped. 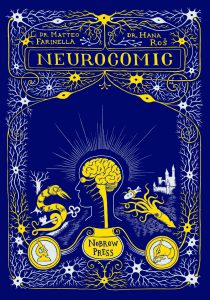 Comics are a unique medium: they are particularly well suited to tell personal emotional stories (which are so important to engage readers) but, at the same time, the endless possibilities of the page layout makes comics an ideal candidate to illustrate complex scientific ideas. Therefore, comics seem to be the perfect format to obtain the balance of entertainment and clarity that science communication often struggle to achieve. As Nick Sousanis argues in his comic thesis Unflattening (Harvard Press, 2015): “Comics can hold the unflat ways in which though unfolds”.

On a more practical level, comics can also help science reach a much wider and diverse audience. Partly because of their history they are still considered an ‘easy’ read, very popular amongst young readers and also relatively easy to translate and share across the world.

For all these reasons, I would expect science to eagerly embrace the medium and yet – so far – the creation of science comics has been mostly left to the initiative of a few odd individuals. Either scientists with a passion for drawing (like myself) or, more often, cartoonists with an interest in science. However, we would not ask a journalist to start writing about science without adequate training, nor we expect artists and designers to suddenly master the complex techniques of scientific illustrations. Why should it be any different with comics? 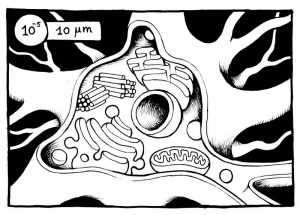 So, while it is encouraging to see a new wave of science comics from institutions such as the Wellcome Trust Center for Medical Parasitology and renowned publishers, like First Seconds, I also hope to see more funding and specialised trainings for ‘science cartoonists’ and especially more research on the effects of presenting science in this format.

Just like we have been refining scientific writing and visualisation for centuries, it is time to seriously start experimenting with visual narratives. I believe that comics have the potential to become an important and powerful tool for science communication.

Matteo Farinella is a neuroscientist, cartoonist and illustrator based in New York City. He is the author of Neurocomic (Nobrow 2013) and other science comics. From July he will join the Presidential Scholars in Society and Neuroscience, at Columbia University, to research the role of visual narratives in science communication.

Womengineer – working for gender equality in the engineering profession