Blog - Latest News
You are here: Home1 / Opinion & Reflection2 / Science communication is no joke. But it should be (Dean Burnett, September...

Some people in the scientific community think that humour shouldn’t be involved in communicating science. Here, Dr. Dean Burnett—who is a neuroscientist, stand-up comedian and belongs to the blog team of The Guardian–explains why they are wrong. On the contrary, humour may be one of the most essential components of effective communication.

The Crastina theme of September 2015 is the art of using humour to get your messages across. Join the discussion—leave a comment below! 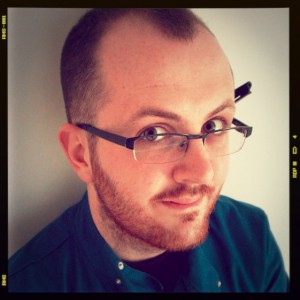 E.L. White once famously said “Explaining a joke is like dissecting a frog. You understand it better but the frog dies in the process”. It emphasises how analysis is fatal to the success of a joke. This may explain why many people believe humour and science to be essentially incompatible.

Science is about analysis, logic, rationality, looking at how things actually work and explaining them as accurately as possible. Humour and jokes are essentially the opposite; illogical, farcical, taking the real world and twisting it for comedic effect. Science is also focussed on providing information that is widespread and lasting as possible, whereas jokes are ideally not serious. If you joke about serious matters, people often get upset.

With all this together, is it any wonder that people think science and humour simply don’t go together? By extension, it may be understandable that people don’t think scientists are funny either. People who dedicate their lives to uncovering the big questions that affect our lives and the universe itself aren’t going to be the sort of people who can deliver a decent one liner.

But these assumptions are short sighted. Some of the best comedy routines are masterclasses of painstaking analysis of the minutiae of everyday life, or a premise whereby logic and reason are applied to a normal scenario which is normally exempt from such thinking, where people just take things for granted.

Humour may come from illogical setups and situations, and this works because most people aren’t 100% logical and rational. Far from it. As a result, we enjoy farce and weirdness, warped logic and ridiculous premises. But, and this is perhaps the most important and relevant thing to consider, scientists themselves are human beings, and count as “people”. Ergo, scientists, by and large, enjoy jokes as much as anyone and anyone who’s ever worked in the scientific field for any length of time will tell you that it’s hardly a regimented and disciplined environment filled with no-nonsense characters dressed permanently in grey.

Some people think that there should be no humour involved in communicating science. But people like humour. More people will enjoy a wry observation or even a cheesy pun than will be riveted by a dry-but-accurate lecture on the nematode worm reproductive system. If humans were simply efficient absorbers of information then this may not be the case, but the truth is that most people will inject jokes, asides, comments and anything else like this in their everyday conversation.

When you’re trying to convey the importance of an unfamiliar subject to people who lack the relevant experience or understanding to appreciate it on its own terms, surely it’s crucial to be more relatable, not less?

That’s how the brain works; we’re far more likely to remember something if we enjoy it or associate some form of emotional element with it. As such, stripping your message of any human element and focussing only on the hard data is likely to hamper its impact. When you’re trying to communicate important science to people who don’t have an existing interest or enthusiasm, then you need all the help you can get. Why rule out humour, one of the most effective tools available, purely because of some preconceived idea of how things “should” be? Challenging existing assumptions is a big part of science communication, so to be hamstrung by them before you’re even started is ridiculous. It’s like some sort of joke

Dr. Dean Burnett is course tutor and lecturer at Cardiff university for the world’s first MSc in psychiatry to be delivered entirely online. In addition, he is a stand-up comedian and writer, primarily known as the writer of the Guardian Science blog BRAIN FLAPPING, which focuses on combining science and humour. Twitter: @garwboy