Blog - Latest News
You are here: Home / Interviews / The Lab—a comedy series about graduate students working in a science l...

[CRASTINA SHORTS] Made by science people, for science people, the YouTube sitcom The Lab has a high recognition factor. Two episodes have been published so far on YouTube, filled with clever observations on conflicting personalities, cultural oddities and academic hierarchies.

Tell us a little about The Lab.
It is a comedy series about graduate students working in a science lab. The idea came from the four of us (Suraaj Aulakh, Pam Lincez, Agatha Jassem, and Theresa Liao) wanting to create a series that shows what grad school life is like, and breaks the traditional stereotypes of how scientists are presented on film and television. The scenarios presented in the series are based on our own personal experiences, and those of other grad students we’ve talked to. 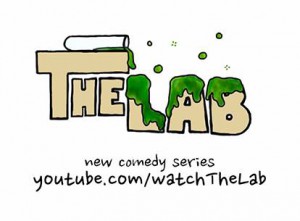 Why should this concern me as a young scientist?
Grad school can be a stressful time, and we want current/future grad students to realize that they’re not going through this experience alone. This is the first video series of its kind that science grad students can relate to. While we touch on some of the issues present in academia (funding, publications, career prospects, etc.), we are keeping the series a light-hearted comedy to help grad students escape from their everyday lives.

Give three pieces of advice to the person who wants to create a YouTube series! We’re still new to this, but here’s the advice we can give so far:

Andreas Møgelhøj, The Geek That Speaks: ”My dream is to create a tech talk...

Colette Renier, European Commission: “Do not underestimate the value of humour...
Scroll to top
We use cookies to ensure that we give you the best experience on our website. If you continue to use this site we will assume that you are happy with it.Ok