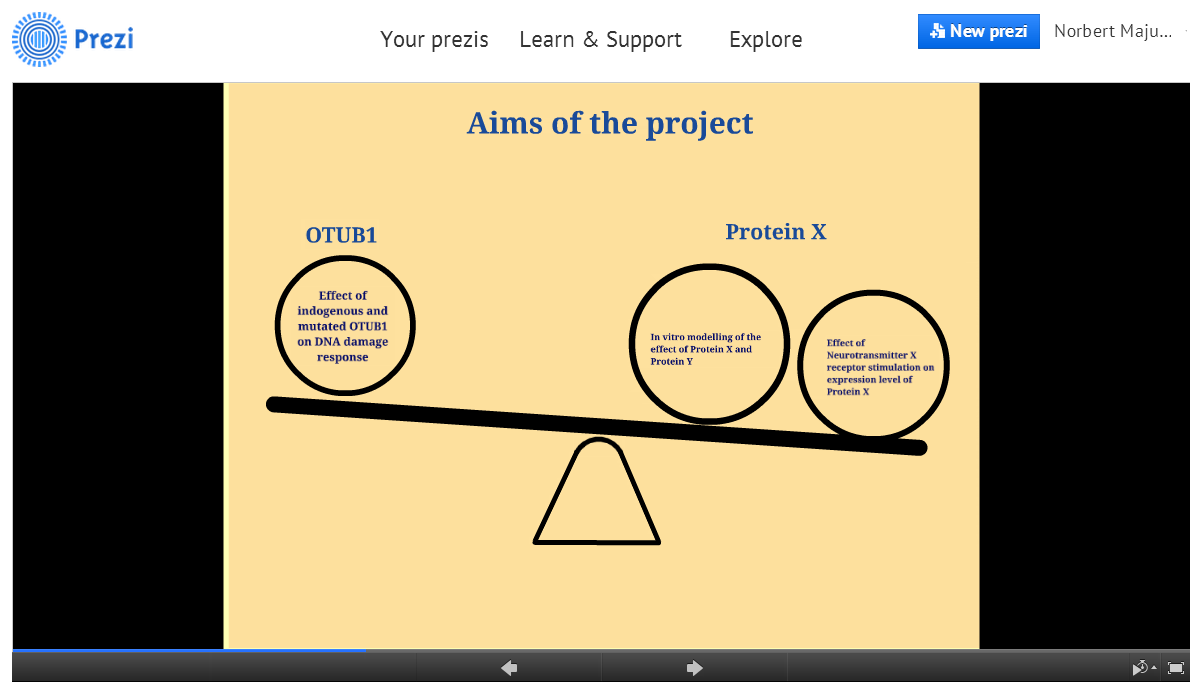 ”I can show the real structure of a subject using Prezi”  says Norbert Majubu from Pázmány Péter Catholic University in Hungary. Although Prezi has been around since 2009, it has only recently started to gain momentum among professional presenters. Norbert, however, has used it for a while; here he shares his experience and his best advice.

When were you first introduced to Prezi?
Two of my fellow classmates used it for a presentation in a molecular biology course. First I thought they just used special effects on a Powerpoint, but later I saw them editing a Prezi on their laptop, and asked what it is. I wasn’t really eager to check it or try it, because I always tried to stick to simple presentations, because I had the impression that people who have nothing to talk about, they use lot of animations to compensate.

Though, we had a free student account for Prezi through our university and I tried Prezi for the first time about 7-8 month ago, to just have look at it. Then after few trials, I used it for a real presentation. Since that I always use it.

When were you convinced that it could be useful for your own presentations?
There wasn’t really a point like that. First, I was afraid to use it, but since that I always use it, and mostly I get positive feedback. Since that I realized that the biggest advantage is that I can show how something exists in my thoughts, and I can give it away to people exactly how I see it. I realized that I can show the real structure of a subject using Prezi – showing something as it is represented in my own mind, highlighting details and drawing up the connections, what is involved in what etc.

Which were the benefits that made you start exploring this presentation tool?
The freedom to move in my own way on the canvas, and the result of this, which is mentioned in the previous answer. But as a matter of fact, I also started to use it regularly because it is Hungarian. Prezi is a Hungarian company, and one of the most successful, so you can sometimes read about it in the news.  I was imaging myself using Prezi somewhere abroad, and if they ask me what it is, I can tell them it’s a Hungarian “invention” (just like it happened, so it is a good feeling J ).

What drawbacks have you experienced?
Practical drawbacks. I think the zooming scale could be somewhat bigger (there is a limit, when the program says ”You cannot zoom in/out more”). Also it is really confusing that the first “slide” I put onto the canvas, that will be the middle, so it sets this mentioned scale, compared to this slide (I think it is the way, I am mostly confused with this issue).

Another drawback is the lack of variability which you have in Powerpoint. You have to have the same fonts for the titles, subtitles, body all over the presentation. This is somewhat logical because it’s not very subtle to use tens of hundreds of different types of fonts, but sometimes you need it, but here you can’t really do that.

Also Powerpoint is almost as complex as Photoshop, if it comes to editing the pictures and text and any other things. You don’t have this flexibility in Prezi.

If you were the developer, how would you improve the tool?
I would definitely improve the above mentioned problems. I think the reason for some of them is that it’s mostly an online application and they are trying to keep it as simple as possible, so that the workflow can be fluent (too complex internet applications easily breakdown …). Though, I think another reason is to keep it simple for the first time or “amateur” users, which is of course fine, but then they should offer much more possibilities for the experienced users. (However, there are some extended possibilities. E.g. you can use further settings doing some very simple programming—but it’s still not what I want …)

And finally: which are your three Prezi advice to other early career scientists?

Norbert Majubu is a student at Pázmány Péter Catholic University. 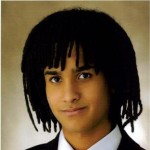